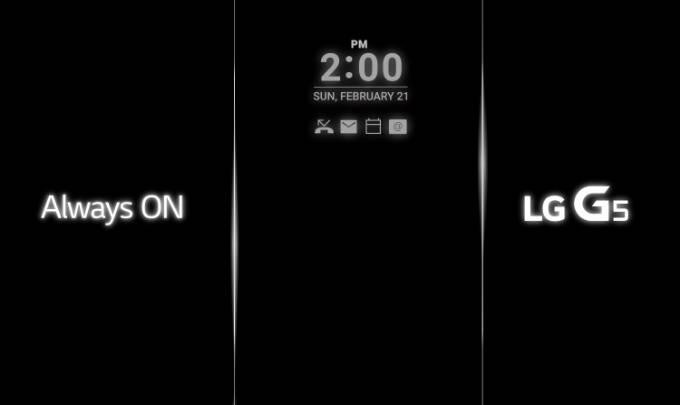 Due to be unveiled Sunday, the LG G5 might be the most original Android flagship launching this year when it comes to design.

Well known leaker Evan Blass says that LG is going to call this feature the “Magic Slot” in his latest report at Venture Beat.

The port was mentioned in few leaks before that suggested that LG would let users swap out the battery for a phone made of metal, with metal design also being a first for the LG G line. But LG doesn’t want you only to be able to switch batteries. Instead, the company is going to let you play with many other modules, some developed in-house, and some coming from third-party accessory makers.

LG will demo two modules compatible with the Magic Slot at the February 21st media event, including a battery grip for photography uses and a digital audio chip (DAC) for better sound.

The bulky battery accessory should offer photographers a better grip, adding significantly to the bulk of the phone, as seen in the image above. The LG Cam Plus will feature hardware buttons for shutter release, zoom and flash toggle, but also an additional 1,100 mAh of battery capacity.

Meanwhile, the DAC module called LG Hi-Fi Plus with B&O Play includes Bang & Olufsen technology for even better sound. The device is said to be able to route sound from other connected Android devices or PCs.

Venture Beat also got access to other LG G5 accessories that LG plans to unveil on Sunday, in addition to the already confirmed Quick Cover. The list includes an LG 360 Cam spherical camera that can capture 360-degree stills and video for VR content, and the LG 360 VR, which is LG’s response to the Samsung Gear VR.

Finally, there’s also a Rolling Bot type of drone that features a camera and a speaker that can be maneuvered around the house. This is probably why LG’s event has a “play” theme. It appears the LG G5 is coming with a bunch of toys in tow.