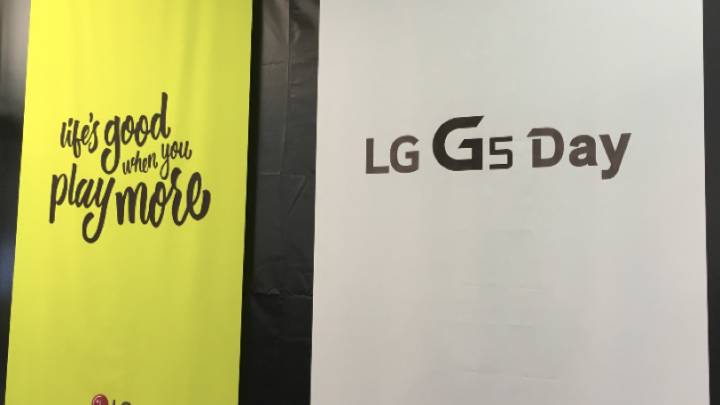 It’s Sunday, which means it’s game on for Android fans. It’s time to play! And I’m not saying that just because February 21st brings us a massive duel between two major Android handsets set to hit stores in the coming months. Yes, the LG G5 will go head to head against Samsung’s Galaxy S7 today. But LG’s event is focused on a “play” theme, as the company is expected to unveil a wide variety of “toys” that might just make the LG G5 the most original flagship smartphone of the year.

In a few short minutes, the LG G5 event will get underway in Barcelona, Spain, so you’ll definitely want to tune in for this one. In this post, you’ll be able to watch live streaming video as LG shows off its brand new devices.

DON’T MISS: MWC 2016 preview: Will the Galaxy S7 and LG G5 eclipse everything else?

The LG G5 was one of the undisputed stars of this year’s pre-MWC leak war. From design to specs to its unique Magic Slot port that turns it into a modular phone, everything was leaked well ahead of the phone’s announcement.

LG built up the hype as well, releasing revealing teasers and announcing an accessory that doesn’t even fit any existing LG smartphone.

In addition to the LG G5, the South Korean titan will likely launch a slew of devices and gadgets that you should check out, particularly if you’re a fan of LG smartphones. These include the LG Cam Plus battery and camera grip combo, the LG Hi-Fi Plus with Bang & Olufsen sound tech, the (already official) Quick Cover, the LG 360 VR headset and even a product called the Rolling Bot drone.

Follow allow live as LG makes all of its announcements by watching the video embedded below, and you’ll fund our auto-refreshing live blog at the bottom of this post. LG’s big G5 event is set to kick off at 8:00 a.m. EST / 5:00 a.m. PST.