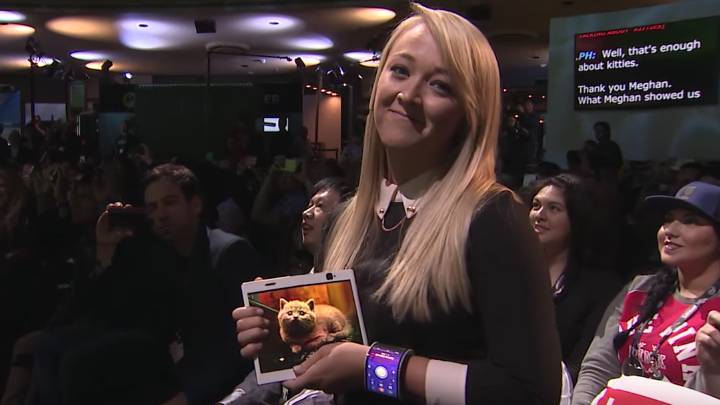 In addition to demoing products that will soon hit stores like the Lenovo PHAB2 series and the Motorola Moto Z family, Lenovo briefly covered a few concept products during its Tech World keynote event this week. The company even showcased a couple of very cool prototypes, including a foldable smartphone that can be turned into a wearable device, and a bendable tablet that becomes a phablet.

It’s time to meet the C+ and the Folio.

It’s not clear at this point when these products will be available in stores, but Lenovo isn’t the only company considering cool foldable form factors. Samsung is also rumored have a couple of bendable handsets planned for release next year, and Apple patents suggest the company is looking to develop iPhones with curved screens in the future.

But Lenovo os already comfortable enough with its progress to demo what appear to be functional Android devices, running what looks like the latest Android version available to OEMs. The company briefly touched on the technology required to make such devices work. In addition to foldable displays, other components have to be designed in a way that they won’t be damaged when devices flex and fold.

A Samsung executive said on Thursday at Rutberg’s Future:Mobile conference in California that bendable phone screens are “relatively right around the corner.” Samsung’s chief for North America Gregory Lee said that Samsung has had bendable display prototypes for about 10 years, Recode reports, but that “it just has been very difficult to manufacture at a reasonable cost.”

Lenovo posted on YouTube a video that briefly shows these two devices, offering us a sneak peak at their internal components as well.

Additionally, here’s a video that shows how Lenovo chose to introduce the two concepts during the show. The action starts just after the 3 minute mark.

Finally, since we’re talking about Lenovo tech that won’t be available in any commercial product in the near future, check out these smart sneakers that Lenovo designed.