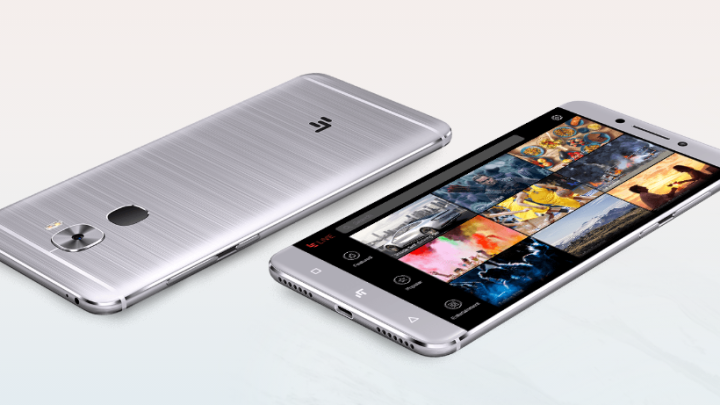 There’s two separate wars in the smartphone market today. On one side, you have big brand names fighting to sell expensive smartphones to customers, still largely in Verizon stores on two-year financing contracts. On the other, you’ve got no-name Asian firms selling the same phones (or better!) for half the price, but only online and cash up front.

LeEco is the latest entrant to the cheap Android world. It announced two phones today, costing $300 and $150 for phones that can hold their own (or outdo) the very best Android phones on the market today, or at least the ones that don’t explode.

We should be freaking out about devices these good being sold for this little money. But we’re not, because about ten people total are going to order this phone, and that’s a little sad.

The two phones LeEco announced today both look very good. The Le Pro3 is the flagship phone, which will retail for $300, including a $100 rebate when it launches. It has a Snapdragon 821 processor, the same as in Google’s new Pixel phone. There’s a 5.5-inch display with Gorilla Glass up front, 16-megapixel camera, fingerprint sensor, giant 4000mAh battery, svelte (if not original aluminum chassis), and 4GB of RAM.

In every spec that can be measured, this is a phone that can compete with the very best Apple, Google and Samsung have to offer. It costs half of what those companies charge. And it’s still going to be a flop.

OnePlus has done this already. Huawei already released an utterly fantastic Android phone for $400 this year. But because there’s no brand-name recognition, no easy financing option and no AT&T rep suggesting the phone to you in a physical store, very few will get sold. Sure, there’s the usual groups of geeks and wise individuals on budgets who will buy and love this phone.

But for most people who matter, most people who just walk into a store when the rep calls and says it’s time for an upgrade, LeEco and Huawei and OnePlus might as well not exist. Never mind the fact that these are the only companies doing anything exciting, by managing to build a genuine flagship phone for half price.

When Google launched the Pixels, I wrote that it was brave of the company to charge $600+ for basically the same phone that LeEco is now selling for $300. But at least Google is selling through Verizon, so it will have some kind of retail presence.

I’m not sure if LeEco is expecting a modest advertising campaign and low prices to drive massive online sales, but I suspect it will be disappointed. Trust with Android phones is a little lacking right now, in the wake of the Note 7 disaster (and yes I’ve had multiple conversations in the last week about “those exploding Android phones”), and people are even less likely than usual to buy from a Chinese brand with a weird name they’ve never heard of.

Fingers crossed, it won’t stay this way. Carrier subsidies are dying a (very slow) death, opening the door a little more to buying phones upfront. That will favor the upstart brands more, because faced with the choice between a $700 Samsung and a $300 no-name phone, people will take a second look at the LeEco.

There will always be a problem, however. LeEco and OnePlus can sell phones for a couple hundred bucks because their margins are razor-thin. They can’t cut prices to wholesale to carriers, offer salespeople generous commission, or spend billions on ad campaigns. They have to rely on much stealthier marketing methods, like OnePlus’s surprisingly successful invite system.

But while Apple can still charge $1000 for a fancy iPhone and keep on pumping out ads like this, the companies working hard to make fantastic cheap phones are going to be left out in the cold. As someone who doesn’t really enjoy spending money on things — and hates Apple’s total dominance atop the pile — it’s all kinda sad.