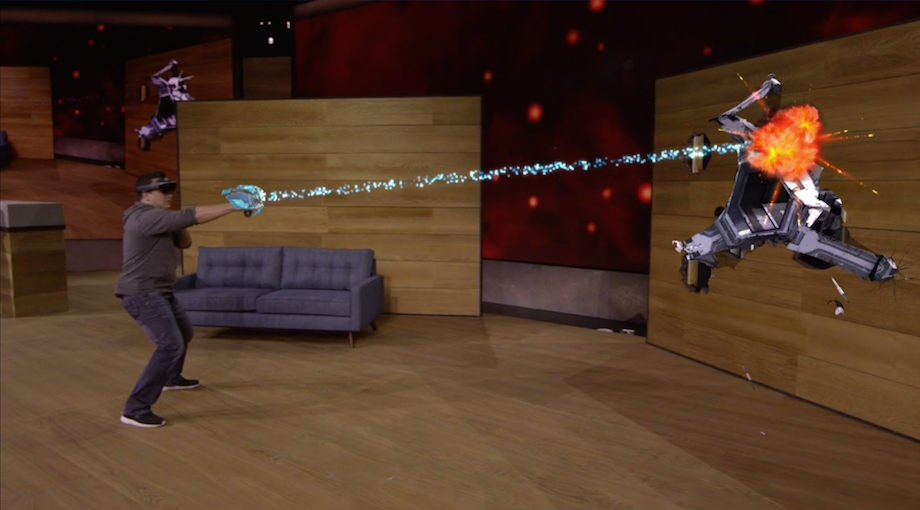 Microsoft demoed its augmented reality headset many times, impressing the audience with the potential of HoloLens. The first headsets will be available to developers in the first quarter of 2016, but astronauts on the International Space Station will be the first to work with this hot Microsoft’s product.

Why are the HoloLens devices required in space? Popular Science found out the answer to that question from NASA astronaut Scott Kelly and Russian cosmonaut Mikhail Kornienko.

Unsurprisingly, it all has to do with the AR capabilities of the HoloLens, which is to overlay digital content over real objects, making everything feel real.

“You know I actually got the opportunity to try that out before I launched, and it seems like there are certain capabilities that would be good for us onboard the space station,” Scott, who’s spending a full year in space, said.

“One would be, you know right now we look at the computer or an iPad to look at procedures. And if you could have a procedure right in your field-of-view, something that was command-able with your voice, you know where you could scroll through the different steps, that would be helpful. It also has this capability where somebody on the ground perhaps could be looking basically at what you’re looking at, and be able to write in your field of view.”

“So let’s say we’re working on a piece of hardware, and we’re not that familiar with it, but we have an expert on the ground, you know that person could basically see what we’re seeing and make annotations, point to things, and kind of lead us through a particular activity,” Scott continued. “You know that’s one of the many capabilities of that, or similar hardware, that we’re excited about.”

Of course, they could also play first person shooters just like the one Microsoft demoed recently (top image), maybe with Aliens coming out of the ISS’s walls.

A short video showing Popular Science’s interview with the ISS astronauts follows below.