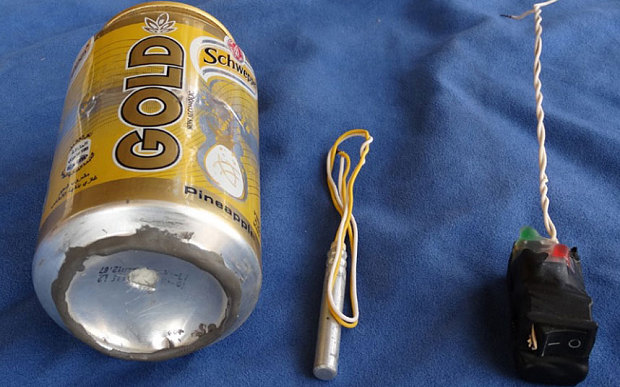 We learned earlier this week that Islamic State used a bomb disguised as a simple soda can to bring down Russian MetroJet Flight 9268 last month. But how might such a device have really worked? Reuters has talked with some experts on explosives manufacturing who have analyzed the photo of the soda can bomb that ISIS posted this week and who have come up with some theories about how the device may have worked.

There are three main parts shown in the photo: The soda can itself, a commercial detonator, and a switch.  Looking over the parts used, experts who talked with Reuters believe that this was a timed explosive and the work of a suicide bomber. Given that the device detonated very shortly after the plane took off indicates that it was precisely timed to explode while the plane was in the air and thus cause maximum damage.

The most chilling aspect, however, was how this device even got on the plane in the first place: ISIS may have slipped it in on a catering cart somehow, which suggests that to at least some extent it infiltrated security at the airport in Egypt where the plane departed from.

To learn more about how this device may have worked, check out Reuters’ full video here.