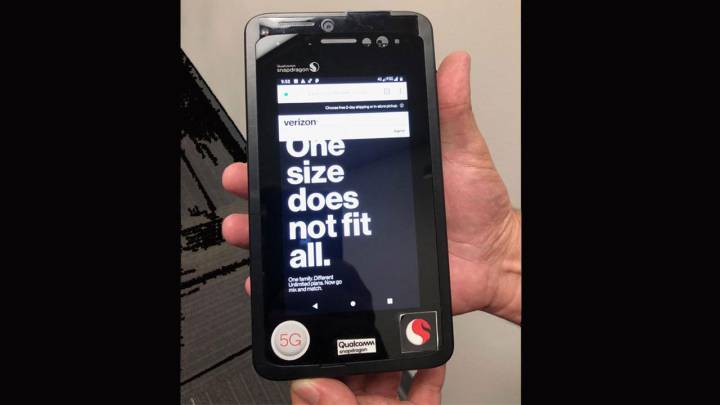 Thanks to a deluge of internal Apple leaks, we have a remarkably solid idea about the three new iPhones that Apple is going to release on Wednesday. The iPhone Xs, iPhone Xs Max and iPhone Xr (or Xc?) have been previewed extensively, and apart from the possibility of some neat new camera features and a dual SIM, we have a good idea about what’s going to show up.

One piece of speculation that can’t seem to die, however, is that one of the three new iPhones — most likely, the iPhone Xs Max — is going to be compatible with the 5G networks that are months away from launching.

To put it bluntly: That would be against everything that Apple has done in the past, and everything that would make sense for the company. Apple deliberately shies away from new developments in LTE-Advanced technology, leading to iPhones that are demonstrably slower than their Android counterparts on wireless networks. It likely does so for reasons of cost, stability, but mostly because customers don’t necessarily notice the difference in speed.

When it comes to 5G, those arguments are magnified. Although wireless companies in the US have said that they’ll have 5G networks online by the end of 2018, they’re going to be extremely limited in scope until early 2019 at the earliest. More importantly, 5G smartphones are just beginning to be developed. Qualcomm, one of the leaders in making 5G chips for smartphones and tablets, only unveiled its 5G module a few months ago.

The reason why I’d bet my house on Apple not releasing a 5G smartphone this year is that image above. It’s from an announcement Verizon and Qualcomm made today touting the milestone of making the “first end-to-end call with a smartphone form factor test device” on a commerical, standardized network. It’s a significant achievement, but just look at the device that they’re calling a “smartphone form-factor.” It is, to be blunt, huge. The reason for that lies mostly in the physics of the high-band spectrum being used for 5G, which requires several big antennas placed around the device to achieve consistent signal.

Given what we know about the coming iPhones, it’s a safe bet that the only phone conceivably designed with a 5G radio would be the iPhone Xs Max. It’s going to be big — around 6.5 inches — and expensive, which would make it easier (and more profitable) to include a 5G radio. The iPhone Xr is going to be too cheap to include the cutting-edge technology, and there’s no space to incorporate 5G modules into something the size of the existing iPhone X.

But even then, Apple is not going to make an oversized, ugly, expensive iPhone just so that a handful of consumers in a handful of cities can get absurdly fast speeds to…browse Snapchat faster? The ultimate reason that Apple is going to hold fire on 5G is the same reason that it took to 2016 to get a MacBook Pro with USB-C ports, or until the iPhone 7 to get wireless charging, or until the iPhone 6 to get NFC. Apple has always waited until there’s a compelling reason to introduce a new technology, and that philosophy applies doubly when introducing that new technology would compromise the existing product. That means no 5G iPhone this year, or possibly in 2019, and I bet that no one is going to complain.