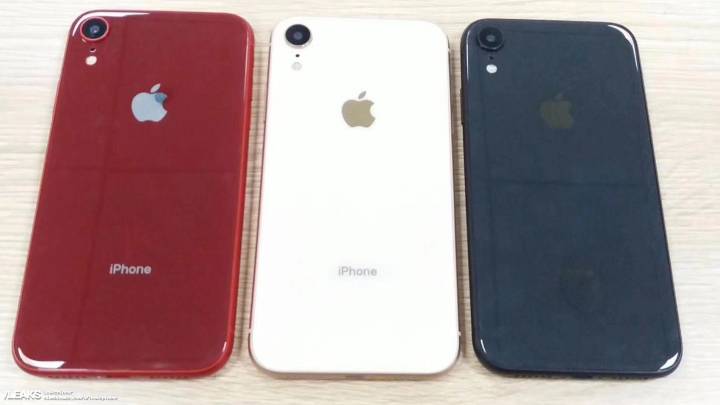 With just a few days to go until Apple finally unveils the 2018 iPhones, we have a new leak that offers us a different naming structure for the three iPhones that Apple is about to introduce. Soon after Apple issued media invites for its annual mid-September press conference, the name of the new 5.8-inch phone leaked — iPhone XS. We then heard the 6.5-inch version will be called iPhone XS Max, while the 6.1-inch LCD was referred to iPhone 9 and even iPhone XR in some reports.

The following image, posted first on Weibo, comes from an internal China Mobile presentation for the upcoming iPhone launch. The three iPhones are listed as iPhone XC (6.1-inch), iPhone XS (5.8-inch), and iPhone XS Plus (6.5-inch).

The document also includes the date for Apple’s media event (September 12th), as well as the actual release date (September 21st). Apple will likely kick off preorders on Friday, September 14th, and then launch the phones in stores a week later.

The document also says that the iPhone XS will come in dual-SIM options, according to 9toMac, but these will launch after September 21st.

Meanwhile, iPhone leaker Ben Geskin said the iPhone XC dummy units we saw a few days ago were not dummy units but “the real deal.”

Guys… this is not clones or dummy models.. this is a real deal 🤯 Prototypes https://t.co/B8KESnTjx2

It’s unclear why he says those are actual 6.1-inch iPhones rather than dummy units, but we already covered them last week, and you can read more about them here.

Come Wednesday, we’ll be able to tell you more details about all of Apple’s new products, not just the trio of new iPhones with wacky names.