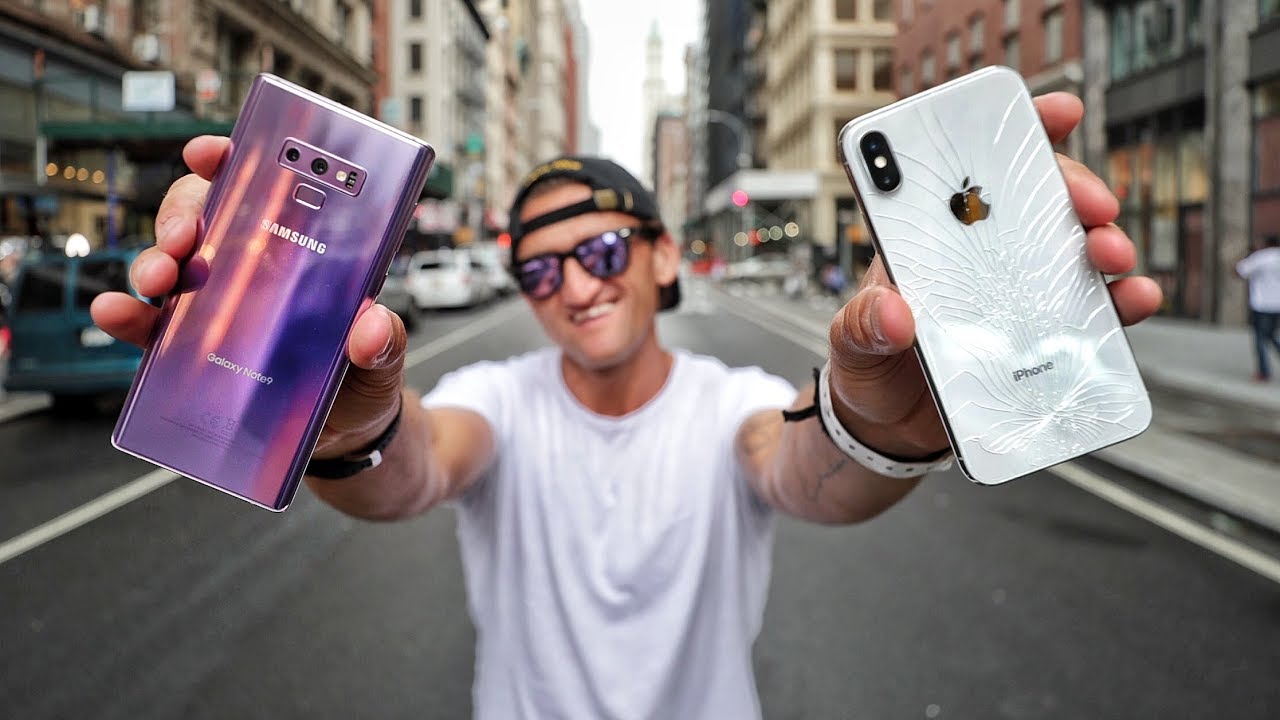 Casey Neistat is a YouTube vlogger in a class of his own. His daily life-in-New York videos are insanely popular, in no small part because of the outstanding videography he manages to pull off without a real film crew.

As a result, when Casey talks about day-to-day video equipment, people listen. He’s particularly well-known for video quality reviews and comparisons on gear that isn’t nearly pro-level, like smartphones and drones, and in his latest installment, he puts the Galaxy Note 9 and the iPhone X head-to-head.

Before you commit eight precious minutes of your life to the video, you should understand that this isn’t a full-on review of the phone, or even of the camera system. Casey doesn’t even show the photo app, or give any of his own opinions. Instead, what you’re getting is a whole bunch of 4K footage shot around New York City literally side-by-side by a renowned photographer.

I’ve watched the video back a couple of times, and a few things stand out. The first — and most boring — is just how even these two cameras actually are. You might think that Samsung would have a significant advantage, since it’s competing with a device that’s nearly a full year newer than the iPhone X. But when it comes to the simple things like detail, noise, and color reproduction, both devices seem to be so close that you’d need a seriously fancy 4K video-editing monitor to ever tell the difference.

Two things did stand out about the Galaxy Note 9’s image, however. The dynamic range on some of the outdoor shots, especially the landscapes over water, put the iPhone X to shame. You can see more details in the shadow and in the sky than you can on the iPhone X, which is a big win. I also found the Galaxy Note 9’s color profile to look a little better, although again, without a reference monitor, it’s a really tough thing to judge.