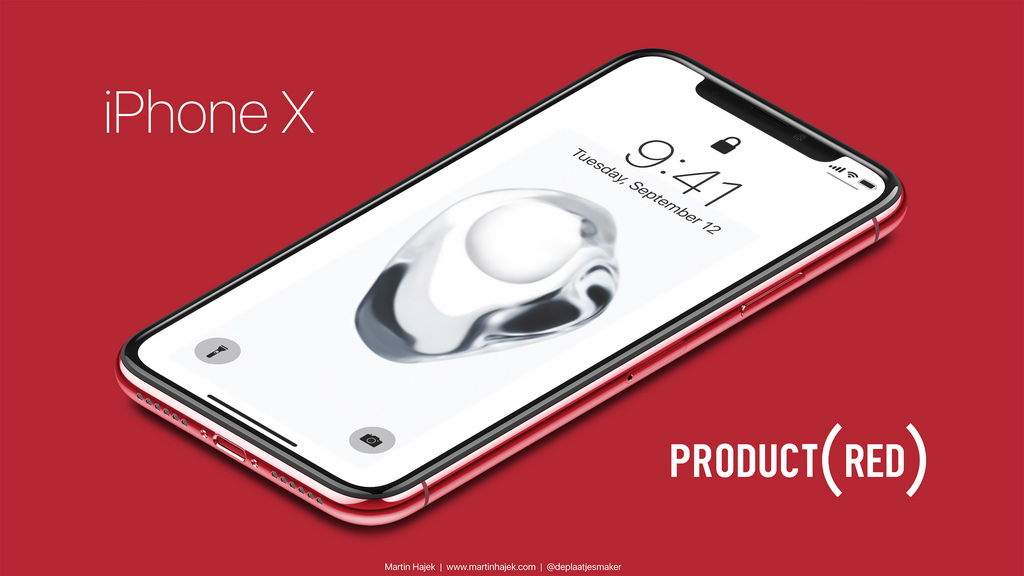 While it certainly won’t be the most exciting event Apple holds this year, the Cupertino company has fans focused on its education event in Chicago this Tuesday, where a new, cheaper iPad is expected to be unveiled. But in spite of the fact that the next major iPhone event is likely months away, iPhone rumors have been swirling at a furious pace early in the year, from new color options to foldable iPhones to an iPhone SE followup.

Some rumors appear more credible than others, but the rumor most likely to come true is Apple adding a colorway or two to the iPhone X lineup, which currently only comes in Silver and Space Gray. Just last week, leaker Steve H. was told by an unverified source that Apple is planning to launch a red iPhone X.

The rate at which rumors are flying around the internet makes them hard to track of, but at face value, this might be the most believable of the bunch. After all, Apple did launch the iPhone 7 and iPhone 7 Plus PRODUCT(RED) models last March, so the precedent has been set. Unfortunately, we haven’t seen any evidence that a red iPhone X exists (save for the tweet from Steve), but designer Martin Hajek took the time to mock it up:

As positive of a reception as the iPhone X has received from Apple fans and the press, the lack of personalization is somewhat disappointing. Releasing a red iPhone X (in addition to the gold iPhone X that keeps showing up in leaks over the past few months) would go a long way in solving one of the phone’s most fixable issues.