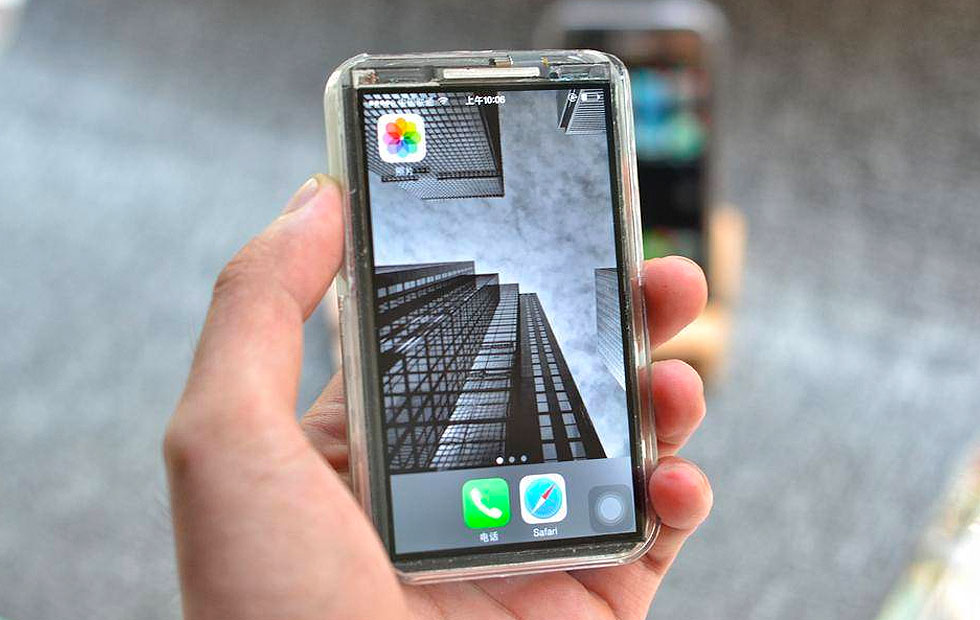 To put it bluntly, Apple has a lot of money. Over $250 billion — nearly the GDP of Ireland — is just sitting offshore, waiting for the right project to come along. Well, I think we’ve found it.

A Chinese DIY genius has managed to piece together an “iPhone X Mini” from a few bastardized components and an iPhone 5. The end result isn’t the prettiest thing in the world, but it’s just a prototype. Imagine if Apple spent just a fraction of its resources to make this thing a reality. No notch, no oversized screen: just four inches of pure computing perfection.

He created a step-by-step video showing how he made the idea a reality. Mostly, it involves working out what components have to move, and which ones can be disposed with altogether. A virtual home button subs in for the real thing, the charging port is moved elsewhere, and the external speaker is nixed altogether.

The end result is packaged in a home-made custom enclosure. It’s not as much of a looker as the iPhone X, but I do like the completely transparent look.

In all seriousness, though, the iPhone X is just begging for a smaller version. Apple’s new phone fits a 5.8-inch screen into the same size body as the iPhone 7. It stands to reason that Apple could also make a very usable 5-inch screen fit in a much smaller body, and we could reclaim the same kind of one-handed use as we used to get with the old iPhone 5.