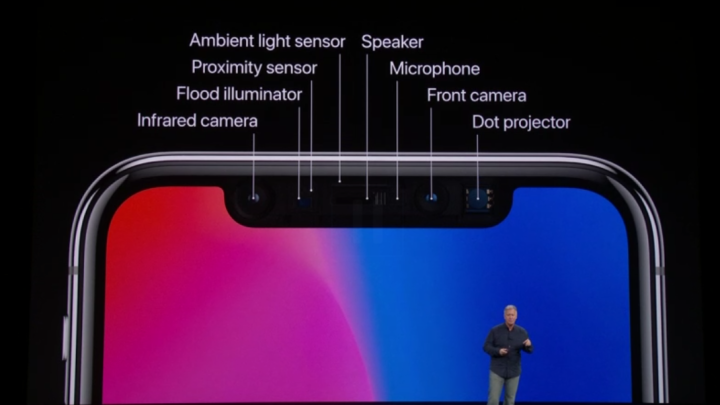 Apple’s best 2017 iPhone was supposed to have a Touch ID sensor under the display. That’s what every rumor said as we waited for the iPhone 8 to become a reality. Yes, 8 — that’s what we used to call the tenth-anniversary iPhone before Apple told us it’s called iPhone X.

But Apple insists those rumors were false. According to the company, Apple never wanted to use Touch ID on the iPhone X once it realized how great Face ID would be if done correctly.

One of the few full iPhone X reviews available right now comes from TechCrunch’s Matthew Panzarino, who included in his piece relevant quotes from Apple execs. And Face ID was definitely one of the major topics, as this innovation comes with an unwanted side-effect: The notch.

Among the top Apple execs he interviewed is Dan Riccio, Apple’s senior vice president of hardware engineering, who shared a few details about Apple’s thinking behind Face ID adoption.

“Arguably the toughest challenge that we had is to replace Touch ID,” Dan Riccio said. “It was very, very hard. If we were going to replace it, we wanted to replace it with something that was at the end of the day both better and more natural.”

Riccio also addressed rumors that had said the iPhone X was originally supposed to have Touch ID embedded in the display, saying Apple never wanted Touch ID in the iPhone X.

“I heard some rumor [that] we couldn’t get Touch ID to work through the glass so we had to remove that,” he said. “When we hit early line of sight on getting Face ID to be [as] good as it was, we knew that if we could be successful we could enable the product that we wanted to go off and do and if that’s true it could be something that we could burn the bridges and be all in with. This is assuming it was a better solution. And that’s what we did. So we spent no time looking at fingerprints on the back or through the glass or on the side because if we did those things, which would be a last-minute change, they would be a distraction relative to enabling the more important thing that we were trying to achieve, which was Face ID done in a high-quality way.”

Riccio’s comments seem to settle the matter once and for all. From the looks of it, the days of Touch ID are numbered, and the technology will be replaced with Face ID in future devices.