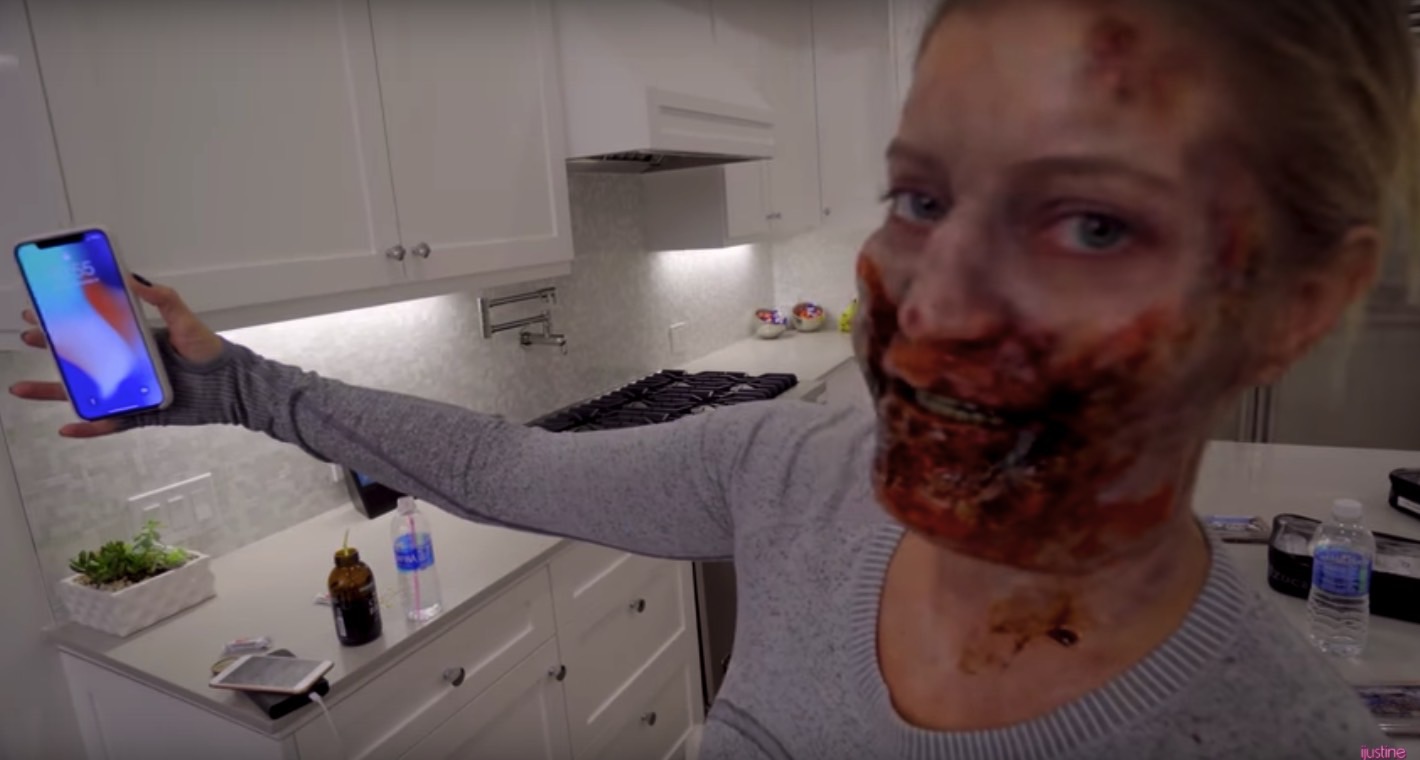 The iPhone X’s signature feature is a sophisticated 3D facial recognition system that’s supposed to be incredibly fast and secure. It’s also the reason why the iPhone X’s all-screen display has a notch.

From the looks of it, Face ID works just as intended. It seems to be a great Touch ID replacement that will let you unlock the phone and authenticate payments just as fast. The system learns your face over time and ensures that you’ll be able to access the device using your face even if your face goes through various changes.

But say one becomes a zombie in the not too distant future. Would Face ID still work on the iPhone X? Because that’s apparently something zombies would keep doing when they’re not busy hunting for brains.

Well-known YouTuber iJustine partnered up with a special effects makeup artist to change her appearance and try to fool Face ID into believing she was a different person whose face should not be allowed to unlock the phone.

Before getting into full zombie mode, Justine had her lips and nose done with the help of prosthetics and makeup. Dan, the FX guy, then altered other areas of her face, making her seem like she had suffered some severe accident. In spite of the fake skin augmentations and color changes, Face ID worked just as fast, able to recognize Justine’s face and give her access to the phone.

She then went full zombie, and her appearance changed completely. You may not recognize her wearing all that makeup in real life. But guess what? Face ID still knew who she was and unlocked her iPhone X as expected.

The software continually updates the mathematical representations of one’s face to keep up with these changes, and that’s probably what happened with Justine. So what happens when you remove all that fake face skin and makeup? Will Face ID work with your regular face? Yes, yes it will.