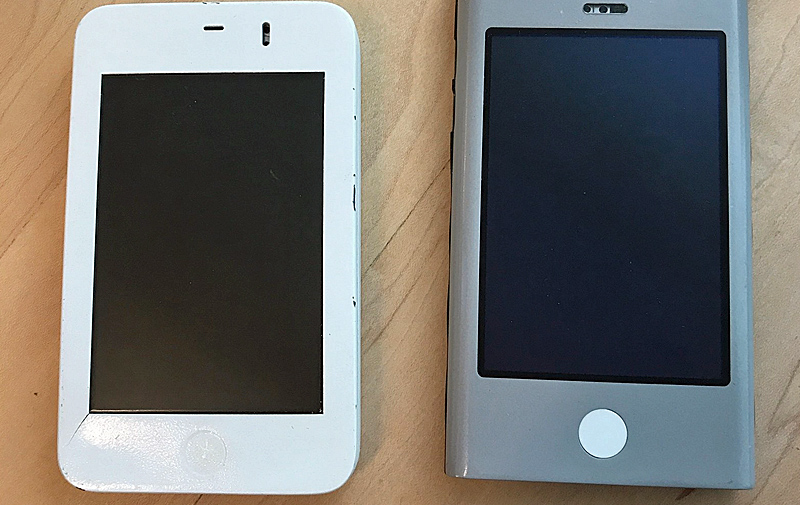 It’s 2017, and all Apple fans can talk about is the iPhone 8. The device is expected to offer a radical redesign with a bezel-less display and a high resolution screen that dominates the front of the phone like no other before it. But today is also the tenth anniversary of the original iPhone, and to help mark the occasion, longtime Apple employee Ken Kocienda took to Twitter to offer a look back at the first Apple smartphone, as well as the internal prototypes that preceded it.

Here are two iPhone prototypes. We called them Wallabies. I used these devices to make the software keyboard. pic.twitter.com/qbofBL3RUt

The devices, which Kocienda says were called “Wallabies” inside Apple’s walls, are a far cry from anything you’d see in a pocket today. They’re huge, thick, and far from eye-catching, even when compared to the bulky retail version of the first iPhone, and they’re a great reminder of just how rapidly personal technology has advanced in the past decade.

That first Apple phone boasted some impressive specs for its time, but today seems almost laughable. A 3.5-inch display at just 320×480, 128 MB of memory, and a 2.0 MP camera — not to mention a default storage size of just 4 GB.

“I kept those devices in my desk drawer for years,” Kocienda tweeted. “When I left Apple, returning this hardware was tough, like saying goodbye to old friends.”

Kocienda, who just left Apple in early May, was with the company for an impressive 16 years, working on human interface design and (according to his own tweets) was involved in the development of the software keyboard that the iPhone became so well known for.