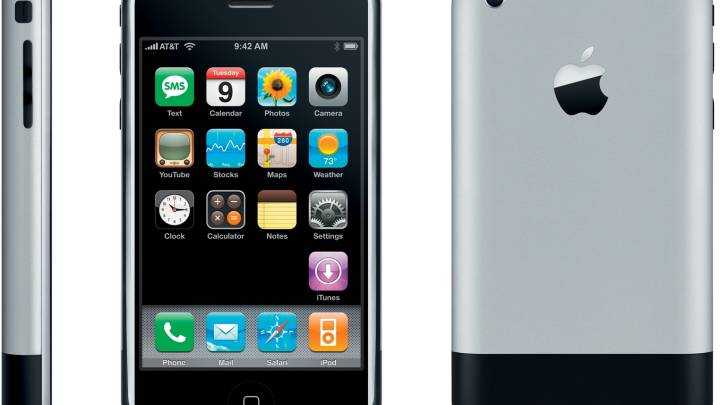 With the 10th anniversary of the iPhone’s release this week, a number of Apple engineers who played an instrumental role in the iPhone’s creation have been conducting interviews and shedding new light on how Apple managed to create such a revolutionary product in just about two years. Just last week, former Apple executive Scott Forstall — who arguably had as big a role in the iPhone’s development as anyone — sat down for a wide-ranging interview with John Markoff at the Computer History Museum.

More recently, former Apple engineer Tony Fadell sat down for an interview with Wired and provided us with some fascinating new details surrounding the iPhone’s development. One of the more interesting tidbits centers on why we’ve seen so many varying origin stories regarding the device’s initial development.

Well, there were many projects that came together to make the final phone. There was a large screen iPod for video that had a touch interface. There was an iPod phone, which was basically an iPod Mini, perhaps a bit bigger, with a phone inside that had a wheel and a small screen. There was a touchscreen Macbook Pro being worked on, a multitouch Macbook Pro. That was what was going on from a hardware perspective. Then there were different software projects, too. This was over a period of nine to 12 months.

Fadell also addressed the rumor that Apple was okay with torpedoing the famed Motorola ROKR launch, relaying that such claims are pure nonsense. If anything, Fadell argues that the ROKR was a forgettable device not because of Apple, but on account of Motorola’s own limitations.

No, it was not deliberately made poor. Not at all. We tried our best. Motorola would only do so much with it. Their software team was only so good. Their operations system was only so good. And that experience just didn’t work very well. It was a clash of all kinds of problems, it wasn’t a case of trying to not make it good.

Apple engineers are notoriously tight-lipped even years after leaving the company. That said, it’s always fascinating to see instrumental Apple engineers open up about once secretive projects. That said, you’ll definitely want to check out Fadell’s full interview with Wired. It’s well worth a read.