In a rather bizarre tale, an Ohio man named J. Hillard is alleging that his iPhone XS Max caught fire while it was simply resting in his pants pocket. While stories of iPhones spontaneously catching fire are uncommon, if not exceedingly rare, a handful of similar stories do seem to sprout up every year.

Originally brought to light via iDropNews, Hillard said that he first noticed something was amiss when he detected a peculiar smell in the air. Shortly thereafter, he began feeling a “large amount of heat” on his backside along with smoke billowing out of his pants. Hillard quickly called for help whereupon an industrious co-worker took care of the situation with a fire extinguisher.

“Once the phone was extinguished,” Hillard explained, “I was left with a hole in my pants, fire extinguisher on my pants/shoes, and some pain/irritation in my buttocks region where the pocket of my pants was located.” 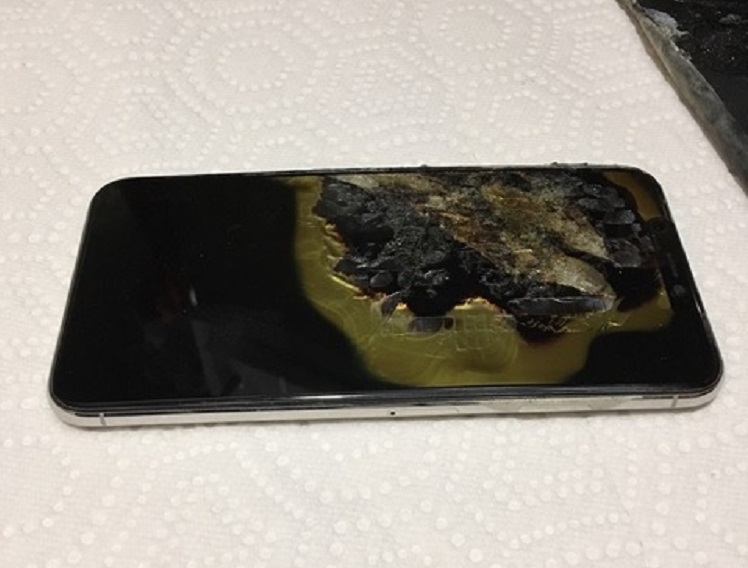 Hillard’s iPhone was, as you would expect, severely burned in the process. Trying to salvage anything he could, Hillard took the device to a nearby Apple Store, but technicians found that it was beyond repair.

Interestingly enough, Hillard wasn’t entirely thrilled with how Apple handled the situation. Essentially, Hillard was only offered a new phone if he was willing to send the burned phone to Apple engineers, presumably in California. And while that’s all well and good, Hillard believes Apple should foot the bill for his damaged clothes.

The report indicates that there is video of the phone catching fire, but it remains to be seen if that will be released. In the meantime, Hillard tells iDropNews that he may take legal action in the near future.