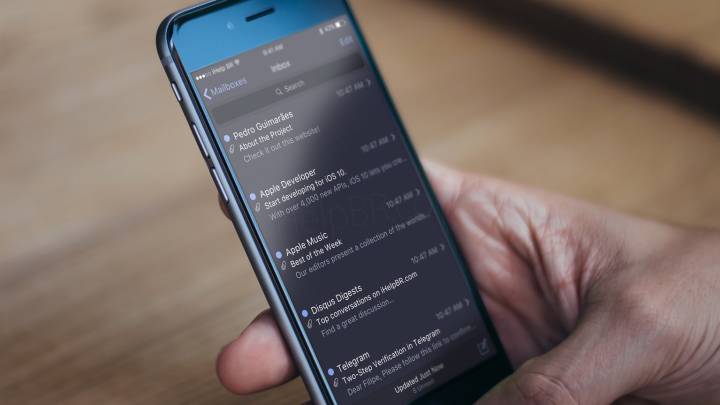 With so much attention focused on the iPhone 8, it’s been easy to overlook the fact that we’re just three months away from Apple introducing the next version of iOS at WWDC 2017. What’s particularly intriguing about iOS 11 is that we curiously don’t know much of anything about it, save for some hazy reports about a Dark Mode option, multi-user FaceTime video support, and the Function Area rumor that has been making the rounds lately.

With Apple seemingly doing a solid job of keeping iOS 11 leaks to a minimum, Jacek Zięba of the MyApple YouTube channel decided to put together a concept video depicting what iOS 11 might look like. Based on an assortment of unsubstantiated rumors that have been making the rounds, the video below gives us an idea as to what enhanced Siri functionality, improved 3D toggles, and a system-wide Dark Mode option might look like.

Perhaps the most intriguing aspect of the video is an iPhone Split Screen feature which would enable users to, say, watch a YouTube video while simultaneously checking email or browsing the web.

For anyone curious, there have been a medley of iOS 11 themed videos making the rounds over the past few months. This one below, for example, shows what iOS 11 might look like with a revolutionary new interface. Now the odds of this happening are slim to none, but with Apple apparently making good on its promise to double down on product secrecy, it’s no surprise to see some people’s imaginations run wild as they envision what iOS 11 might ultimately look like.

While iOS 11 will assuredly introduce a number of compelling new features, there’s no denying that the real star of Apple’s 2017 iPhone lineup will be the iPhone 8. Said to introduce a new form factor, the latest indication from the rumor mill points to a device that will feature an iPhone 7 Plus sized 5.8-inch display into the form factor of a 4.7-inch iPhone 7.