The iPhone 7 is certainly a sleek and elegant device, but from a design perspective, it doesn’t exactly offer up anything we haven’t seen before. Recall, the iPhone form factor has essentially remained unchanged for the last three years, going all the way back to the iPhone 6 release in 2014. Having said that, it’s no surprise that the hype and anticipation surrounding the iPhone 8 continues to grow with each passing week.

As you’ve undoubtedly heard by now, Apple’s iPhone 8 will usher in the most radical iPhone redesign we’ve seen in years, and perhaps ever. With a gargantuan edgeless OLED display, the front panel on the iPhone 8 will essentially consist of one giant piece of glass, a design that Jony Ive has reportedly been striving to achieve for quite some time. And for those keeping track at home, the bezels surrounding the iPhone 8’s display are said to measure in at just 4mm.

With the iPhone 8 display going completely edgeless, that puts Apple’s tried and true Touch ID sensor up in the air. In an ideal scenario, Apple would simply embed the Touch ID sensor into the display itself, a strategy Apple has reportedly been pursuing. But as it turns out, there are rumblings that the technical hurdles associated with doing just that are proving to be far more challenging than Apple anticipated. In turn, there have been reports that Apple may opt to abandon Touch ID altogether and replace it with advanced facial recognition functionality instead.

Additionally, we’ve also seen rumors that Apple might place the iPhone 8’s Touch ID sensor on the back of the device. Notably, there have been some leaked iPhone 8 dummy models featuring this exact design. Nonetheless, there are now reports that if Apple can’t embed the Touch ID sensor into the front display, it will simply abandon it altogether. In other words, it would appear that Apple — perhaps for aesthetic reasons — has opted not to pursue an iPhone 8 design with a Touch ID sensor located on the back.

Lending more credence to this theory, a recent leak of an iPhone 8 rear panel shows no indication of Touch ID on the back. Originally posted on Weibo (via Slashleaks), you can see the evidence for yourself below. Incidentally, it’s all but guaranteed at this point that the iPhone 8 camera system will be aligned vertically, a design decision reportedly made in the interest of forthcoming augmented reality and virtual reality features. 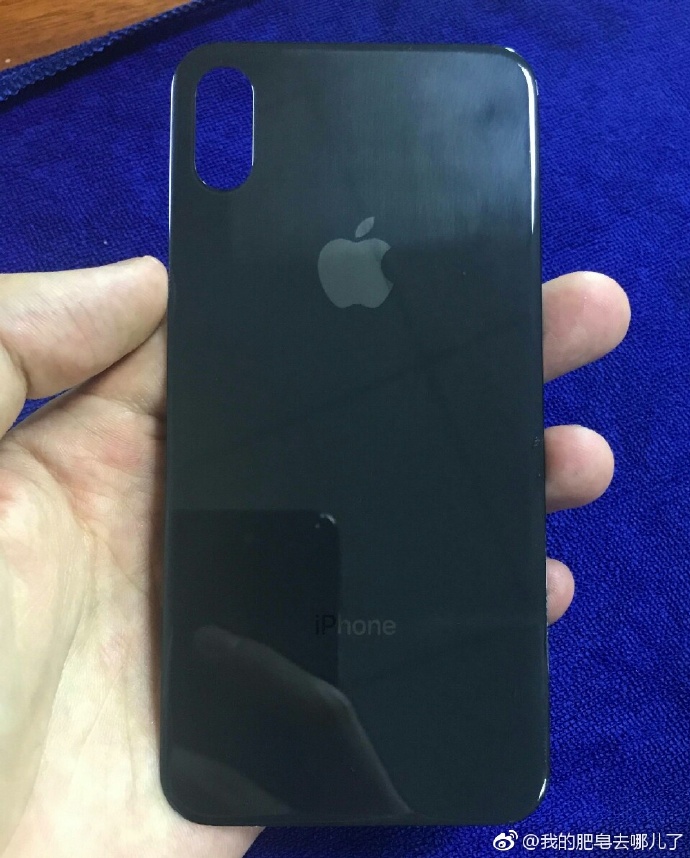 While it remains to be seen what the iPhone 8 has in store for us, it’s hard to believe that Apple would abandon Touch ID altogether. In addition to providing users with an easy and secure way to quickly access their device, Touch ID is also the bedrock of Apple Pay, a feature that Tim Cook can’t help but boast about whenever the topic is raised.

Now to be sure, the facial recognition software said to be featured on the iPhone 8 will reportedly be secure enough to authorize financial transactions. Still, it’s hard to imagine that type of system providing users with a more seamless user experience.