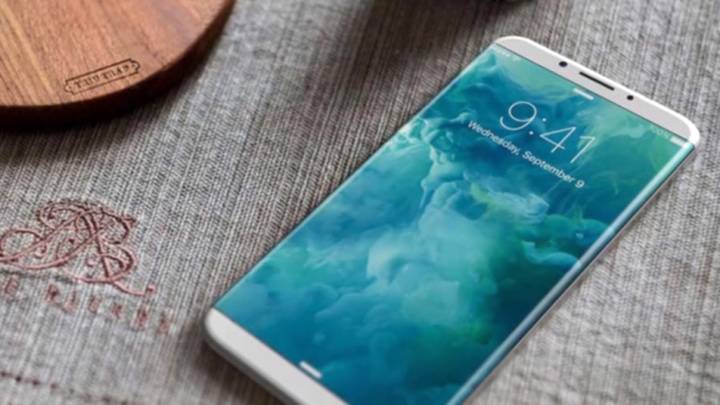 According to a growing number of credible sources, Apple’s flagship 2017 iPhone will feature an edgeless display anchored by a curved OLED panel. With such a radical redesign in the works, it’s not a stretch to say that Apple’s next-gen smartphone, a device the media has already dubbed the iPhone 8, will soon become the most hotly anticipated iPhone since the original launched back in 2007.

The latest iPhone 8 concept comes to us via a new video from YouTube channel ConceptsiPhone. The video was put together like a legit Apple ad and cleverly shows us why an iPhone with a truly edgeless display is so compelling. What’s particularly interesting is that the video imagines Apple using the area previously occupied by the bottom and top bezels as dynamic areas akin to the TouchBar on the MacBook Pro. In fact, if you look closely, you’ll even see a mocked up version of the TouchBar appear on the screen at around the 30 second mark.

More than that, the video gives us an interesting look into the myriad of ways in which Apple and third-party apps might be able to take advantage of a much larger display.

As it stands now, it’s believed that Apple this coming September will release three new iPhone models, one of which will be a premium OLED-based smartphone. In the wake of Apple’s earnings report, it’s clear that the iPhone is stronger than ever before. With the iPhone 8 just a few months away, there’s a good chance that iPhone sales will soar to new heights before the year is up.