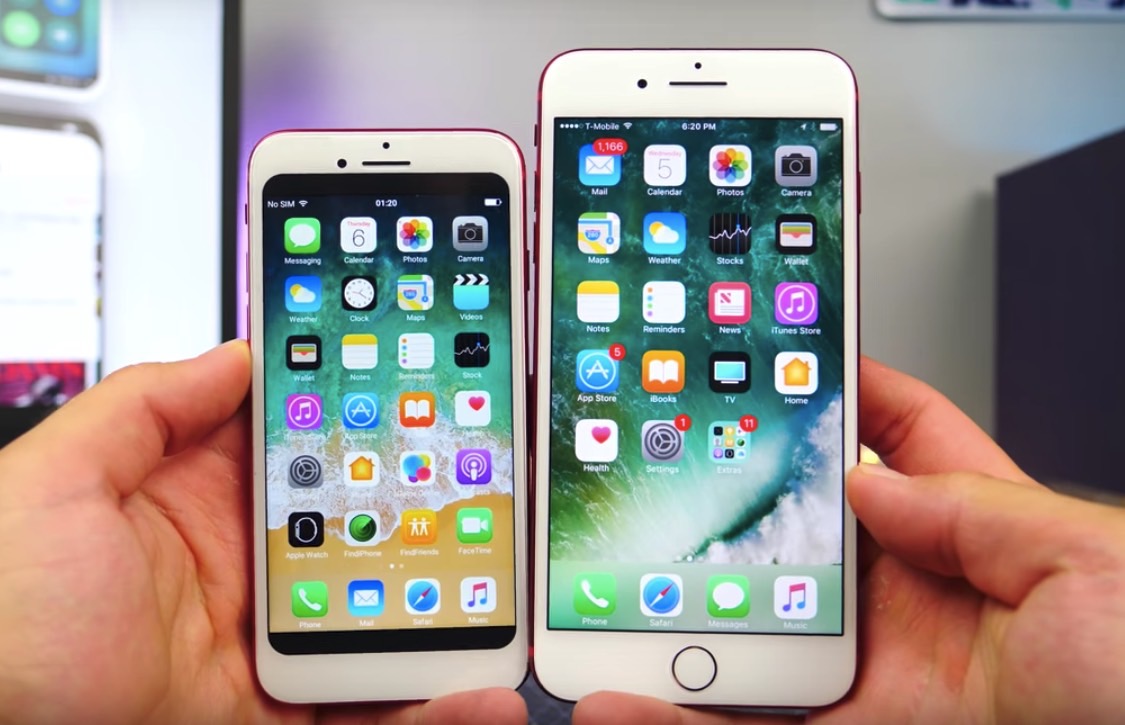 Experienced iPhone rumor-lovers probably know how to spot a fake device from a clone made in China. But new users who’re not familiar with Apple’s smartphone may fall for clones that look almost exactly like the real thing.

The iPhone 8 is probably the hottest phone of the year, and while the handset isn’t even out yet, the first clones are already shipping out of China.

If you hear anyone selling iPhone 8 phones right now, run for the hills! Whatever you do, don’t buy one. You’ll end up with an iPhone-like device that’s made of plastic and runs an older Android version that has an iOS-like skin on top. The phone will get you a poor fake iOS performance. And don’t even think about getting any apps via the App Store. Yes, that $100 price tag should be the first red flag!

YouTube channel EverythingApplePro got its hands on a couple of early iPhone 8 clones that come in iPhone-like retail packages. To an untrained eye, they might look like the real thing.

The fake iPhone 8 clone has a retail package that’s almost accurate on the details. The phone’s design is somewhat similar to what the leaks say, especially the rear side of the handset, which features a faux dual lens camera.

There’s no home button on the front screen, but the display isn’t a bezel-less screen like the one we’re expecting.

The software has an iOS skin that’s fairly consistent. But not all the feature work, and you’ll encounter placeholder options just to make it look like genuine iOS.

Check out the entire video below for tips on how to tell the difference between a fake iPhone and the real one.