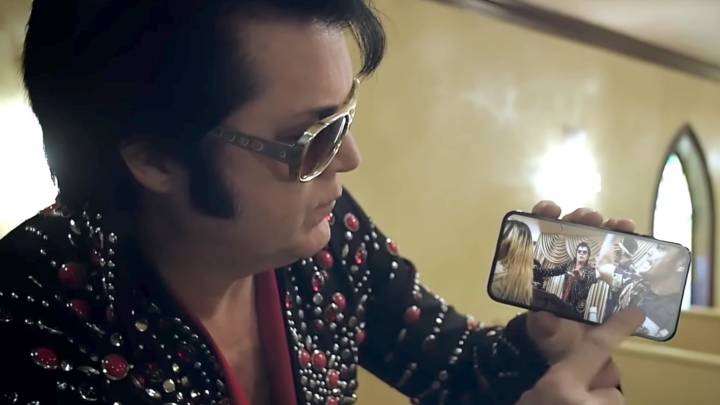 No, the iPhone 8 surely didn’t leak in a brand new music clip. Instead, it’s likely that a musician decided to simply troll his fans and everyone else by using what appears to be a functional iPhone 8 in a new music video. The iPhone 8 isn’t even the craziest part of it

Tiziano Ferro is the name of the Italian singer in question. It’s okay if you haven’t heard of him until just now, and maybe that’s precisely the point of this marketing gimmick, to sell more records.

Ferro has a new single called Lento/Veloce )(Slow/Fast), and the music video for it just hit YouTube. Nothing wrong with that.

But Ferro traveled all the way to Las Vegas, where he hired actors that somewhat resemble the cast of Hangover. That’s right, the entire video si a sort of Hangover deja vu. And no, the bearded guy is absolutely not Zach Galifianakis.

As Ferro sings, an iPhone appears to show us what he and his friends were up to in Vegas. The Hangover theme is so so strong, and yes, it’s very lame.

But you have to wait until about the middle of the clip to see that iPhone morph into an iPhone 8 device. The minute the Ed Helms lookalike actor hands over the handset to the fake Elvis, we notice the change.

Why is it an iPhone 8? Well, Fake Ed Helms had a bezel-laden iPhone 7 Plus in his hands before walking into the chapel and meeting Elvis. It’s Elvis who picks it up, and the phone morphs into an iPhone-like device that has an edge-to-edge bezel-less display, the kind of device we’ve seen in so many concepts so far. But it seriously isn’t an iPhone 8.

Is it possible that Apple gave Ferro an iPhone 8 for the video? No, no it isn’t. This is most likely a giant marketing stunt for a clip that also doubles as a commercial for Cornetto ice cream and whatever other products you can spot in it:

Here’s the part of the music clip that shows the iPhone 8:

And yes, I watched the entire music video, so you don’t have to, but just in case you want to see it yourself, here it is: