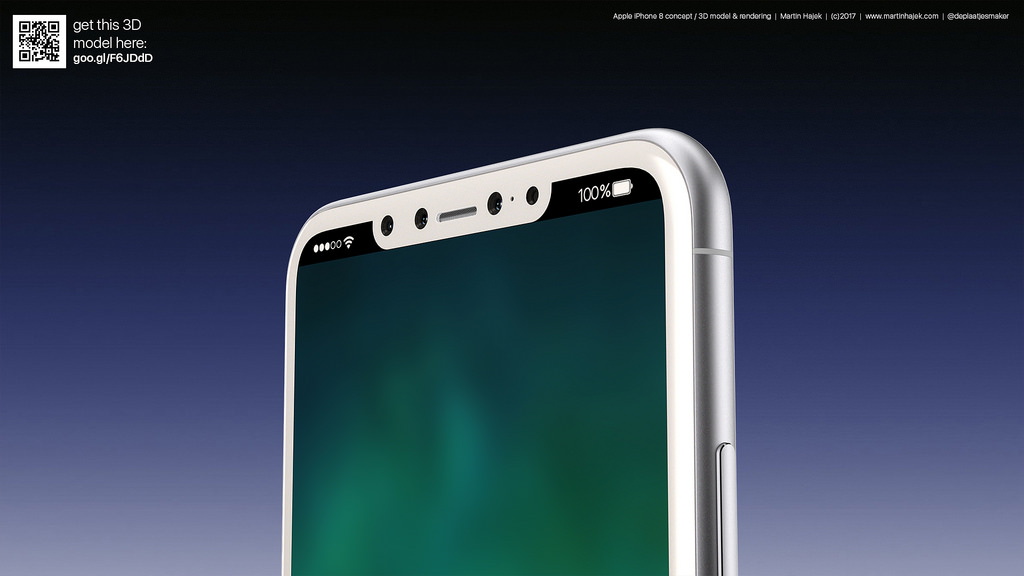 Each new iPhone debuts at least one new signature feature which will find its way in all the iPhones that will follow it. The iPhone 8 will have a few unique, exciting features, including a full-screen design, an OLED display, a 3D face/iris recognition front camera, wireless charging, and maybe a Touch ID fingerprint sensor under the display. Many of these features are responsible for a state of “panic” at Apple, according to a recent report. As a result, the iPhone 8 may see significant delays, and some of these features may be disabled at launch if the software isn’t satisfactory.

A new finding reveals that one of these innovations has been years in the making, suggesting that Apple has put a lot of effort into designing a feature unlike anything else in the business.

An Apple patent application filed in late March was published only on Thursday, Apple Insider reports. The fact that it took that much to have it published is pretty telling.

The new patent filing is apparently the successor of a string of applications dating back to 2007, and it’s a variation of a patent first published in 2013. The application credits Tony Fadell as one of the inventors, even though he left Apple in 2008.

What’s also interesting about the patent application is that the facial recognition mentions are sporadic, and the most telling clues are found in the patents claims rather than the detailed description.

The documentation describes ways of simultaneously capturing the 2D image of a user’s face and 3D depth data. For these purposes, a complex front-facing camera system would need different components including a visible light image sensor, an infrared sensor, and a 3D capture system.

The system would compare the end result against a library of authorized users and would unlock a device like the iPhone if the two sets match.

Apple’s facial recognition system would not be fooled as easily as the ones found on devices like the Galaxy S8 that can be hacked with a photo. The 3D sensors would pick up various facial elements, including the contour of the user’s eye sockets, chin, nose, unique skin lines, patterns and spots on the skin.

Recent reports said that the iPhone 8’s facial recognition system might replace Touch ID, describing it as an incredibly fast way to unlock the handset. Others warned that Apple still isn’t happy with the way it works, and the feature may be disabled at launch.

Finally, the technology described in the patent resonates with an iPhone 8 3D front camera that Ming-Chi Kuo described in mid-February. Kuo has a great track record at predicting Apple’s iPhone moves.

That said, this is a great invention on paper. Like all Apple patents, there’s no guarantee the technology will be used in any of Apple’s future products.