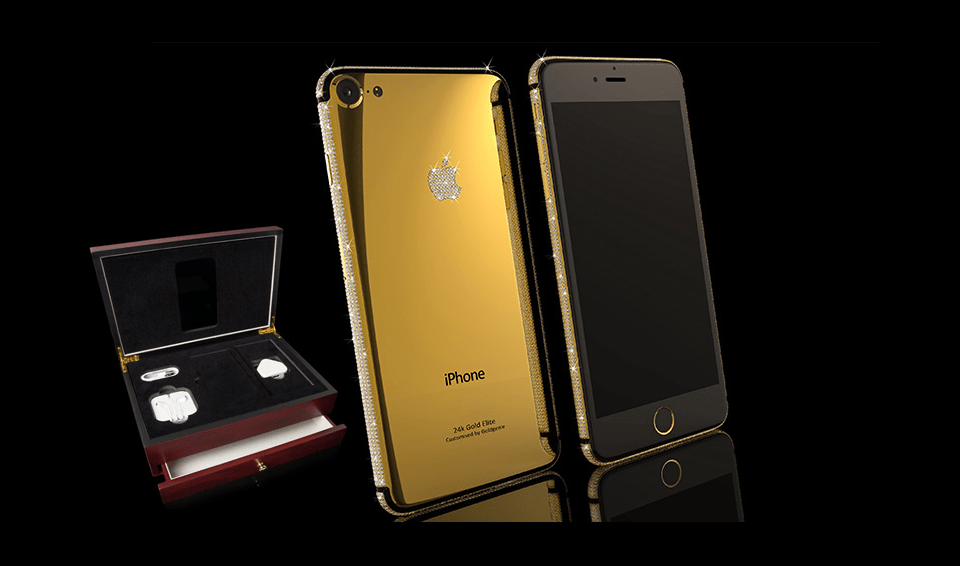 The iPhone 7 won’t be released for two weeks yet, but it’s already been ruined. Goldgenie, the Pimp My Ride of the smartphone world, has announced its plans for the iPhone 7 and iPhone 7 Plus. Thanks to leaks, everyone in this world already has a very good idea what the iPhone 7 will look like, so it was reasonably simple for Goldgenie to take a rendering, and add bling until blinded.

The images Goldgenie has provided are exactly in line with everything we’ve seen from leaks so far. No headphone jack, redesigned antenna lines, a bigger camera, and a physical home button are all in place.

The changes Goldgenie made to its iPhone 7 are entirely cosmetic, and whether you think they’re good probably depends on how many gold chains you normally wear. The phones are wrapped in 24 carat gold or rose gold, and decorated with crystals and platinum. You can reserve your very own hideous phone for a low, low deposit of $6500, with the same again payable on delivery.

That’s a small markup over what the iPhone 7 will probably retail for, which should be closer to $600. But think of the decoration you get!

Along with the photos, Goldgenie has also supplied a supposed specs list for the iPhone 7. It looks suspiciously like it’s cobbled together from rumors, so it isn’t exactly the straight-from-Apple gospel. But if it’s to be believed, most of the specs will stay similar to the iPhone 6s, and virtually every rumor so far has been spot on. In other words, no surprises here.