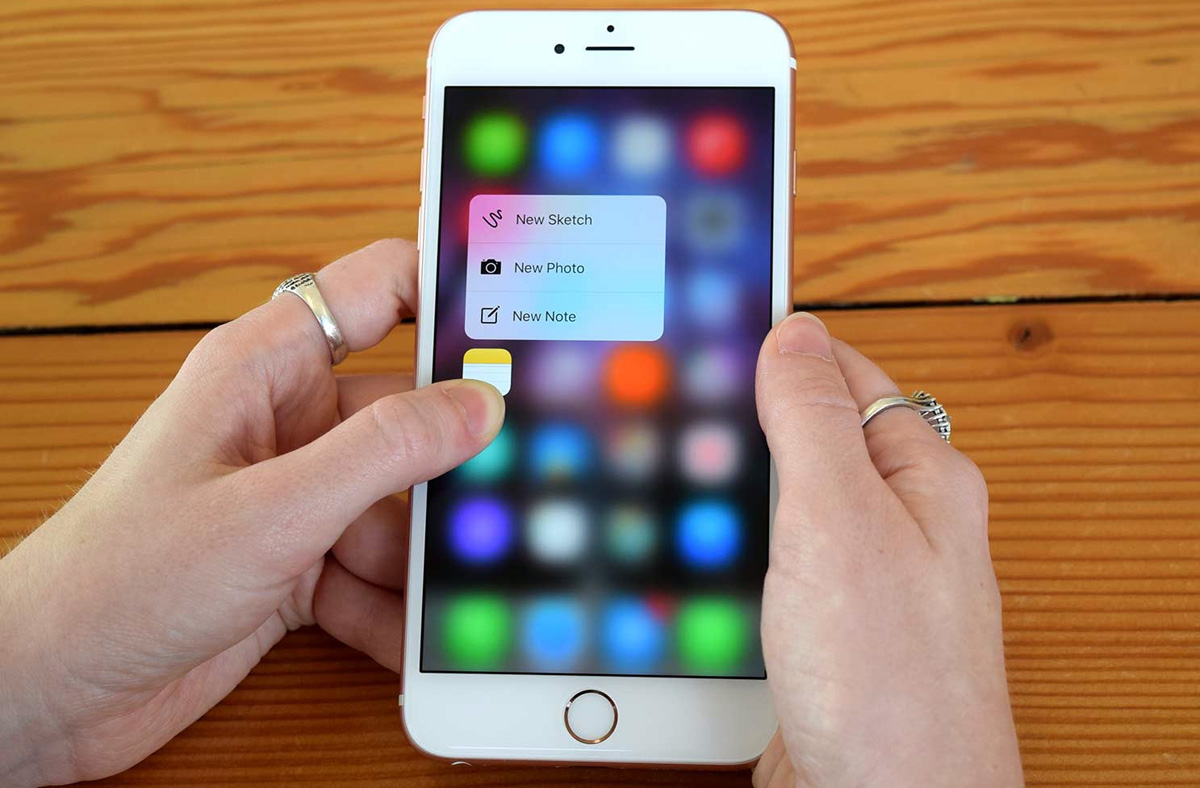 Look at that home button on the iPhone 6s Plus pictured at the top of this post. Don’t you just hate it? Sitting there all smug. Taking up precious real estate on the face of the iPhone that could be put to much better use by, say, a bigger display. It’s taunting us, and we don’t like it one bit. But the good news is that according to report after report, it appears as though we won’t have to put up with that obnoxious home button for much longer.

The massive iPhone overhaul the world is waiting for isn’t coming this year. Apple PR planted a series of stories with major media recently to ensure that fans (read: investors) know that will be the case. Instead, we’re likely looking at a relatively minor upgrade that many consider to be an “iPhone 6ss.”

According to reports, the iPhone 7 — or whatever Apple ends up calling it — will look a lot like the iPhone 6s but it’ll be thinner and will have redesigned antenna lines on the back of the phone. We’re also expecting a much better camera on both models, though the Plus-size version will seemingly sport a dual camera design.

We’ve all seen the leaks and we all pretty much know what to expect, but a big leak that hit the web two weeks ago showed a major change that we never saw coming. According to the purported photo of a fully assembled iPhone 7, this year’s models will no longer feature a physical home button. Instead, it appeared as though a capacitive home button with 3D Touch capabilities might appear in its place.

Now, a Redditor named “reximilian” has created a gorgeous render of what a 3D Touch home button might look like on the iPhone 7:

That render looks amazing, though you’ll instantly notice one big problem: The render is based on an iPhone 6s and it shows a 3.5mm headphone jack, which we all know will not be present on the next-generation iPhone.

If Apple does switch to a 3D Touch home button on this year’s new iPhones, it will likely be a stopgap solution that prepares users for next year’s iPhone. According to reports, the tenth anniversary iPhone will feature a new OLED display that extends almost to the edges of the phone’s face. The home button and Touch ID fingerprint scanner will then be embedded beneath the display, completely eliminating the need for a second home button.