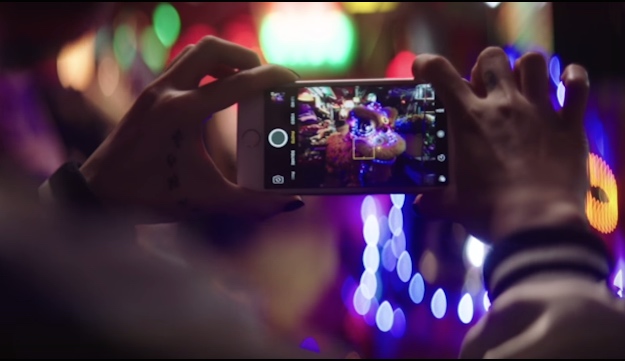 One of the key features of Apple’s new iPhone 7 is the A10 Fusion chip running underneath the hood. While successive A-x chips have always offered impressive performance improvements, the A10 in particular represents a huge step forward in power. According to Apple, the new A10 processor is 40% faster than the iPhone 6s and, equally as important, much more power efficient than any A-x processor we’ve seen to date.

Having said that, some users are experiencing a “hissing” sound when their iPhone 7 is put under a heavy load. The issue was originally brought to light via Stephen Hackett of 512 Pixels, and unfortunately some people are already referring to it as “Hissgate.” Ugh.

“As my iPhone 7 Plus was restoring from iCloud, I thought I noticed some sound,” Hackett said. “After picking the device up from my desk, it was clear the sounds are coming from back of the phone, possibly from the CPU. It seems to get worse if the iPhone is under load, and can be heard while the phone is sitting on a table.”

A YouTube video demonstrating the annoying occurrence can be heard below. Notably, Hackett relays that Apple, after being made aware of the issue, agreed to replace his device.

Since then, other users with similar experiences have come forward. Darrell Etherington of TechCrunch, for example, said that he heard the same noise while setting up his device.

Now as to the root cause of the problem, no one seems to be entirely sure. Some are pointing the finger at the A10 chip while AppleInsider suspects it may have something to do with the iPhone 7’s RF transmitter interfering with the speaker system. All the same, some are of the position that this is just par for the course anytime a device — whether it be a smartphone or even a desktop computer — is put under extremely heavy load.

To this point, Rene Ritchie of iMore astutely points out: “It also makes sense, given the people who noticed the noise did so while their new iPhones were restoring, which migrates libraries, re-indexes data, and otherwise puts the system through heavy load.”

Having said all that, we haven’t yet seen widespread reports of the issue sprout up just yet. Which is to say, it’s far too soon to assume that we have an overhyped “Hissgate” or “Noisegate” on our hands.