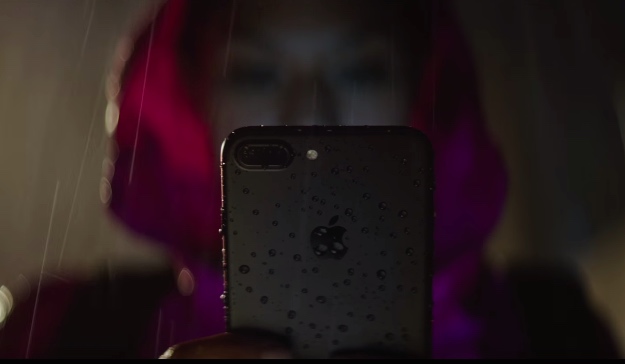 One of the bigger talking points surrounding the iPhone 7 centers on, of all things, a feature that Apple removed. We’re of course talking about the conspicuous absence of the tried and true 3.5mm headphone jack. While Apple has historically never been one to shy away from abandoning legacy technologies, the 3.5mm headphone jack is another matter entirely.

The headphone jack as we know it today has been around and in-use for decades on end. It’s practically universal across a whole range of varied devices and, to top it all of, it’s exceedingly durable reliable. Apple’s decision to remove the headphone jack as part of an underlying push towards wireless, therefore, will likely be a topic of heated debate for months to come.

Yesterday, Phil Schiller said that Apple was abandoning the headphone jack because it was the only company “courageous” enough to make such a drastic and bold decision. In short order, Schiller’s hyperbolic quip became a point of laughter across the web. But late on Tuesday, Apple executives Phil Schiller, Greg Joswiak and Dan Riccio (Apple’s senior VP of hardware engineering) sat down with Buzzfeed whereupon they explained more candidly why Apple believes we should put the 3.5mm headphone jack behind us.

As far as Riccio is concerned, it’s a matter of wasted space. What’s more, removing the headphone jack now gives Apple the opportunity to get more creative underneath the hood.

“It was holding us back from a number of things we wanted to put into the iPhone,” Riccio explained. “It was fighting for space with camera technologies and processors and battery life. And frankly, when there’s a better, modern solution available, it’s crazy to keep it around.”

Specifically, Riccio relayed that the size of the audio jack became a frustrating nuisance when trying to incorporate the respective camera systems inside of the iPhone 7 and iPhone 7 Plus. What’s more, removing the headphone jack enabled Apple to increase the size of the 4.7-inch iPhone 7 battery by 14%, ultimately providing users with an extra two hours of battery life. And last but not least, Riccio explained that removing the 3.5mm jack finally helped Apple deliver a more water-resistant iPhone.

All that said, Joswiak believes that there’s really no convincing reason to keep the 3.5mm headphone jack up and running.

“The audio connector is more than 100 years old,” Joswiak said. “It had its last big innovation about 50 years ago. You know what that was? They made it smaller. It hasn’t been touched since then. It’s a dinosaur. It’s time to move on.”

Schiller, meanwhile, said that the transition over to wireless is “inevitable.”

“You’ve got to do it at some point,” Schiller added. “Sooner or later the headphone jack is going away. There are just too many reasons aligned against it sticking around any longer. There’s a little bit of pain in every transition, but we can’t let that stop us from making it. If we did, we’d never make any progress at all.”

All the same, Apple does appear to understand that the transition will be slow and tedious for many. To that end, Apple thankfully has plans to include a 3.5mm to Lightning adapter for free inside of every iPhone 7 box. At the very least, this should help smooth over the transition away from the 3.5mm jack.

Make sure to check out the full Buzzfeed interview via the source link below as the trio of Apple executives go into even more detail regarding the design of the iPhone 7. The piece is well worth checking out in its entirety.