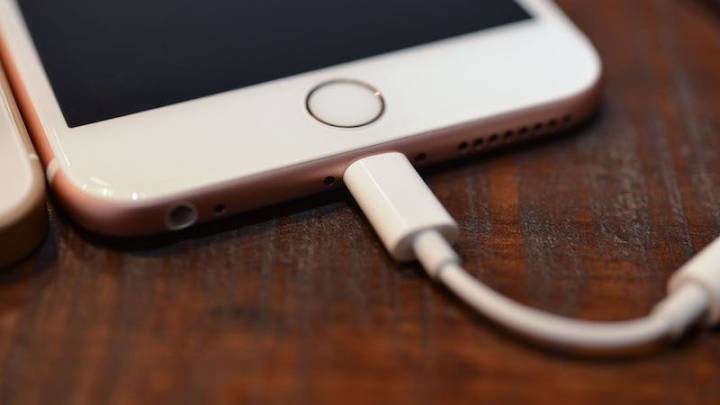 Once upon a time, in a galaxy far far away, I owned a Lifeproof case for my iPhone. It was a fantastic piece of design — a snap-on case that made my iPhone waterproof without covering the screen. The only wrinkle? It needed a short adapter to use the 3.5mm headphone jack. I lost that adapter within a week of buying the case. You can probably see where this is going.

A series of leaked photos and video over on a Vietnamese blog purportedly show us the Lightning-to-35mm adapter that will be shipping with the iPhone 7. It doesn’t really matter if this is the actual Apple-manufactured adapter or not: it fits perfectly with Apple’s previous dongle design, so it’s likely 95% identical to what will come in the iPhone box (or worse, cost $29 extra).

I also promise that unless you have the patience of a tantrically-trained monk, you’re going to misplace this adapter. If you could just leave the adapter permanently attached, that would be one thing. But you probably also plug your headphones in to your laptop, or your girlfriend’s iPhone, and you’ll need to use it to plug your phone into your car’s stereo. That’s a lot of different opportunities to misplace a two-inch wire.

As it’s become increasingly clear that Apple is planning on ditching the 3.5mm jack in the iPhone 7, I retained a sliver of hope that there was some clever solution in the work. On the surface, the cons strongly outweight the pros; Apple’s designers aren’t idiots, so you’d think that there is some unforseen fix in the works.

Nope. We’re doomed to a life of repeatedly losing and re-buying a $30 dongle for our $650 phone, all because an old analog standard isn’t perfect. Ugh.