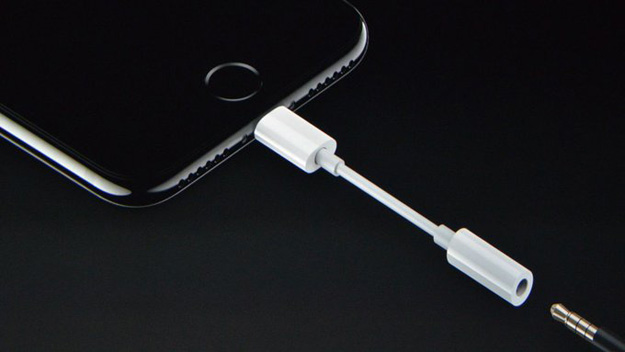 Once it became apparent that the iPhone 7 wasn’t going to come with a headphone port, I started guessing how long it would take for me to lose the inevitable headphone adapter dongle. I originally said 10 seconds; as it turns out, Apple beat my estimation by 7,775,990 seconds. Sometime in the last week, I lost the headphone adapter.

I know that you don’t actually care in the slightest about my stupidity or inability to keep track of a small piece of plastic. But I haven’t been able to listen to music from my iPhone in the last week, and I a) want to blame someone other than myself, and b) would like to take this opportunity to revisit how stupid this new trend is.

It looks like Samsung’s next flagship phone won’t be coming with a headphone port either, and where Apple and Samsung go, everyone else follows. We are fearlessly careening into the post-3.5mm-jack era, and the future looks bleak as hell.

A quick recap: Apple’s supposedly problem-solving wireless headphones have been delayed for months, the new MacBook Pro still has a 3.5mm headphone jack, so you’ll definitely need an adapter of some kind for your headphones, and oh, the headphones for the Galaxy S8 will probably use a USB-C port. None of these things will play nice with each other.

Remember that brief decade, after we killed the stupid mini-headphone-jack and before Apple decided it was too cool for analog ports? You picked up a device, pulled your headphones out of your pocket, and didn’t really think about whether the two would work together because of course they would. It was a simpler time.

Now, we have dongles and adapters and supposedly magic headphones which don’t exist yet, but even when they do they’ll use a proprietary wireless system. Meanwhile, I’m standing over here with my fancy new iPhone and a pair of $300 Bose headphones, gently sobbing.

The only silver lining of this entire situation — and I’m really scraping the barrel here — is it’s spawned an entirely new industry dedicated to making better dongles and dongle accessories. (Yes, seriously: accessories for your dongles.) We have good-looking Lightning-to-3.5mm dongles designed to live on your phone, sleek and cheap USB-C hubs, and even a keychain tool to help me keep track of the new dongle I’m going to have to buy tomorrow.

Truly it is a courageous new world we live in.