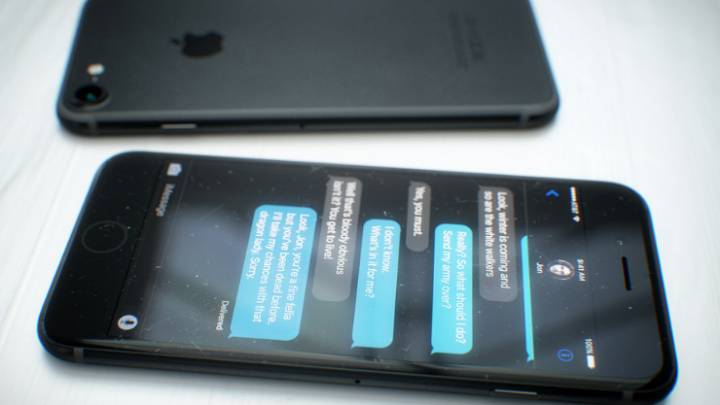 We just can’t have enough video leaks featuring the unreleased 2016 iPhones, particularly since it looks like many people have access to dummy units of the upcoming iPhone 7. We saw a bunch of videos in the past few days featuring the 4.7-inch iPhone 7 model, and now it’s time to look at a new clip that shows the device in three different colors, including rose gold, gold, and space gray.

Those of you familiar with the iPhone 7 know what to expect: the same, recycled iPhone 6/6s design with a few minor changes. Gone is the 3.5mm headphone jack, and the antenna bands are a bit less off-putting than before. The camera on the back is still protruding, but it’s bigger and it doesn’t have a separate metal ring around the lens. You can easily see these features in the video embedded below, which was posted by YouTube channel Concepts iPhone.

It’s not clear where the leaks originate from, but the iPhone shell does come with “iPhone” markings. Before you ask, no, these aren’t functional devices and the front of the handsets isn’t even shown. That said, these iPhone 7 mockups are in line with many of the previous reports on Apple’s plans for the iPhone 7. As has been the case with earlier leaks, they were likely created in a factory using actual iPhone schematics that leaked earlier this year from Apple’s iPhone manufacturing partner Foxconn.

Check out this new video below.