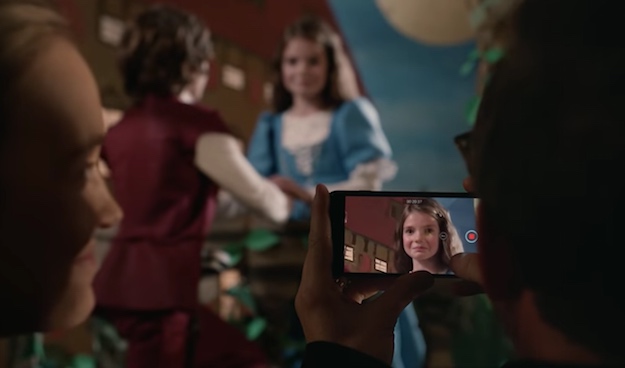 Apple earlier today released a new ad for the iPhone 7 highlighting the device’s superior camera technology. Titled “Romeo and Juliet”, the ad features two children performing the play of the same name. The ad begins with one of the more famous scenes from the play and is shot in such a way as to seems like a legit Hollywood production.

The big reveal, of course, is that the seemingly professional cinematography was achieved using only an iPhone 7 and is, in fact, nothing more than your run of the mill school play.

The ad is predictably designed to elicit an emotional reaction from viewers, and as a result, we actually see very little of the iPhone 7 in action. Indeed, the iPhone makes only the briefest of cameos when we see Juliet’s father using the dual-camera system that’s available exclusively on the iPhone 7 Plus.

The ad concludes with the tagline, “Your movies look like movies on iPhone 7.”

One of the great things about Apple’s advertising efforts lately is that you never know quite what to expect. You might see something moving, inspiring, touching, quirky or even downright hilarious. As we detailed just last week, Apple’s batting average with respect to TV commercials has been impressively and unusually high over the past few months. In fact, longtime Apple ad guru Ken Segall recently said that Apple’s ‘Bulbs’ ad for the MacBook Pro is one of the “greatest commercials Apple has ever made.”