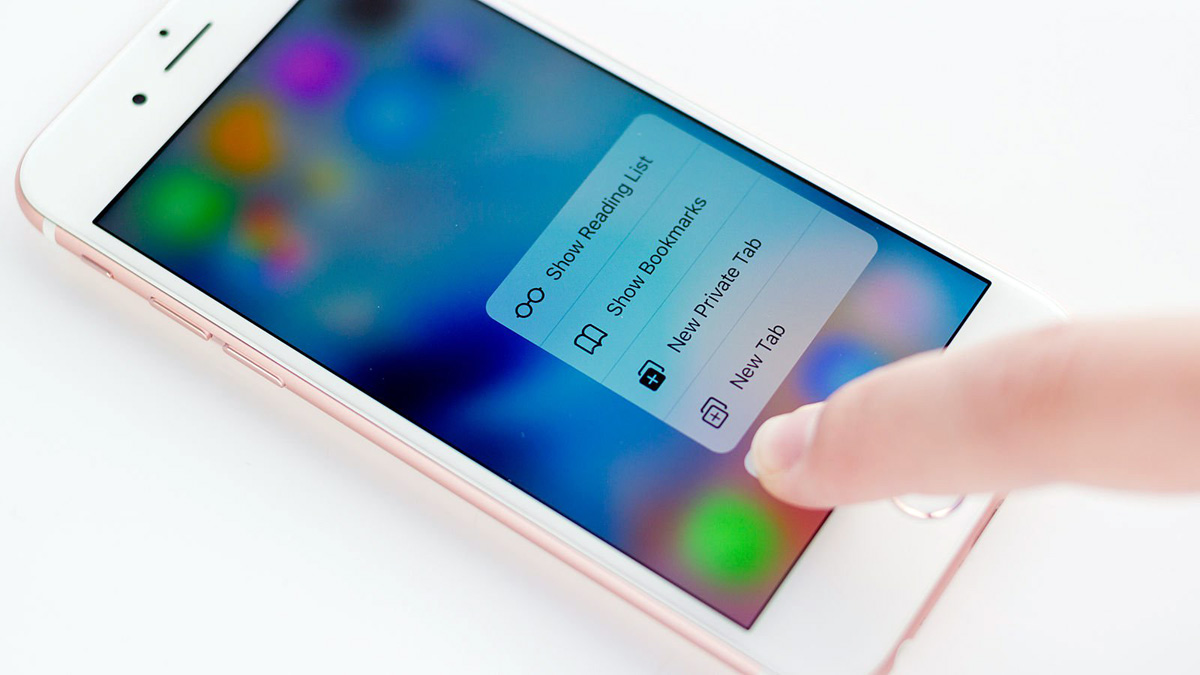 The iPhone 6s’s key feature has come under some criticism from some Apple bloggers who dismiss it as just a gimmick that adds no real value to the user. But I believe that 3D Touch, as it is now, is something only Apple has. It’s a feature that has a greater scope for the future of iOS even though for the time being it’s certainly not a must-have feature.

Like with other new iPhone features unveiled in the past, 3D Touch is not something developers can take advantage of for the time being. Its purpose is to provide an additional layer of shortcuts to power users. Developers can’t come up with creative 3D Touch uses because Apple isn’t letting them just yet, which may lead you to think that the whole feature is little more than a gimmick.

Why isn’t Apple letting developers do more with 3D Touch right now? A lot of it boils down to avoiding fragmentation.

Imagine being able to do magical things inside 3D Touch-friendly apps that are entirely different than their non-3D-Touch alternatives. It would be a nightmare for both developers and end users, and everyone would criticize Apple for creating a huge divide between two distinct worlds operating on the same platform.

The way 3D Touch is used now by adding shortcuts to the app’s icon does not alter the overall user experience of that app. Sure, I can use Shazam more quickly on the iPhone 6s than you will on the iPhone 6, and I can take a selfie faster. But anybody not on an iPhone 6s will not notice the difference. And everyone gets the same end-result.

Similarly, previewing items (media, emails, links, etc.) with Peek and Pop inside any app that incorporates 3D Touch will not change the overall experience you get from an app on an iPhone 6 or older iPhone, or any other iPad. It’s just a quicker way to do it.

Writing for Macworld, Jason Snell argues that Apple has to fix 3D Touch this year by adding more features across the OS. If you’re used to the way 3D Touch works then you’ll be annoyed not to find 3D Touch shortcuts in some of Apple’s apps or in other places inside the OS like the Control Center shortcuts. That’s a valid point, but it seems to me that not even Apple has completely figured out what it wants to do with 3D Touch.

Furthermore, imagine finding 3D Touch support in some places you don’t, such as the Control Center items. Then imagine yourself operating both an iPhone 6s and the latest iPad Pro. Wouldn’t it be frustrating to teach yourself to 3D Touch from the Control Center, only to then hate the fact that it’s not available yet on the iPad?

As for Peek and Pop, Snell says that it’s a feature that’s generally not needed and that Apple should consider changing the behavior of 3D Touch to support non-3D-Touch devices. But that would be like skating where the puck used to be rather than to where it’s going.

“In other words, most of the time I don’t see any benefit to using 3D Touch to reveal content in apps over just tapping to reveal that content the usual way,” Snell writes. “It’s a solution to a problem we didn’t have. And this says a lot about the problem with the way Apple has deployed 3D Touch in iOS.”

Iconic Apple blogger John Gruber takes a similar stance on Peek and Pop over at Daring Fireball, saying that peeking solves a problem we don’t have and that “the gimmicky nature of peek/pop is alarming.”

The future of iPhone is in 3D Touch

Let’s remember that with these limited features in place, Apple is just paving the way for future iPhones where developers might be given more freedom to play with 3D Touch.

After all, some rumors have claimed that future iPhone generations will lack a physical home button. If that happens, it will be extremely important to have a user base that is familiar with how 3D Touch works because it will likely offer an alternative to the traditional home button. So by the time developers are given permission to experiment more with 3D Touch, users will also be trained to expect 3D Touch functionality everywhere they turn. And they’ll know how to use it.

While I agree that Peek and Pop isn’t a necessary feature, I understand why it needs to exist as it is. It’s easy to implement in apps to link to some sort of content that can be previewed with 3D Touch. That way developers are trained to use it and end users are also taught to seek and expect it. The Peek/Pop feature is the necessary “evil” in iOS 9. It’s one of the ways Apple uses to get us used to 3D Touch. It’s the easiest type of feature – even if gimmicky – to present the feature to large audiences.

Using 3D Touch only for app shortcuts or multitasking purposes would not tell the whole story. Apple wants us to know that 3D Touch can be deployed outside of apps, and inside them – it’s just that it doesn’t want to let developers do whatever they want with 3D Touch yet.

In a way, Peek and Pop is for 3D Touch what Nexus is for Android: A way of demoing the software and hardware capabilities of a new device beyond simply creating shortcuts for some of Apple’s default apps or third-party apps that support it.

I wrote a while ago that the problem with 3D Touch is the user: Me. It’s the way iOS is wired in my brain that made adjusting to 3D Touch more difficult. I’m sure iPhone users who’ll be first introduced to an iPhone with 3D Touch support will have a different experience than power users struggling to remember that 3D Touch support is there.

3D Touch might be far from ideal, and there’s room to improve, but it’s wrong to declare it a failing gimmick just yet. It simply looks to me like the stepping stone to something bigger that might be just around the corner.