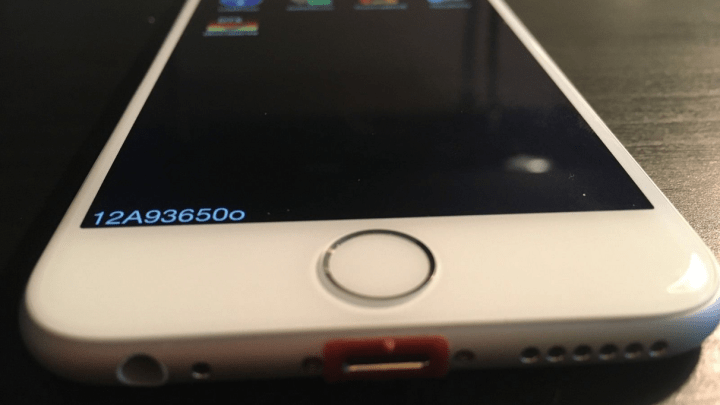 These days, an iPhone 6 in half-decent condition sells for about $400. So why exactly are people willing to pay upwards of $50,000 for an older, weirder iPhone 6?

9to5Mac first spotted the device on eBay. The description claims it’s “bought from a friend,” which is really just one step up from “fell off the back of a truck.” Because it’s allegedly a prototype, it has no serial number or FCC branding. (Actually, the back of the device looks refreshingly clean — just imagine what life would be like if every handset looked like that.) The eBay seller isn’t particularly descriptive:

I bought this item from a friend of mine, it is a iPhone 6 prototype, it has no FCC logos, Serial Number or Imei.

From what I know it runs a debugging OS called SwitchBoard and features a red lightning dock port with a serial number of C39NW00KG876.

The software is the really interesting part here. SwitchBoard is an operating system used internally by Apple for bug testing, and it’s allegedly far more hackable than stock iOS. That could let the future owner do all sorts of things to the device that would be impossible with a stock iPhone.

Of course, there’s also the distinct possibility that this is a knockoff iPhone running some old, buggy software, masquerading as a prototype. But that hasn’t dissuaded buyers — the price is at $53,000 at the time of writing, and rising rapidly.

This isn’t the first time an iPhone prototype has ended up on eBay. Back in 2014, another iPhone 6 prototype found its way to eBay, with the same red lightning connector. That listing was removed before the end of the auction, so this seller’s seven-day listing might have been a little optimistic.