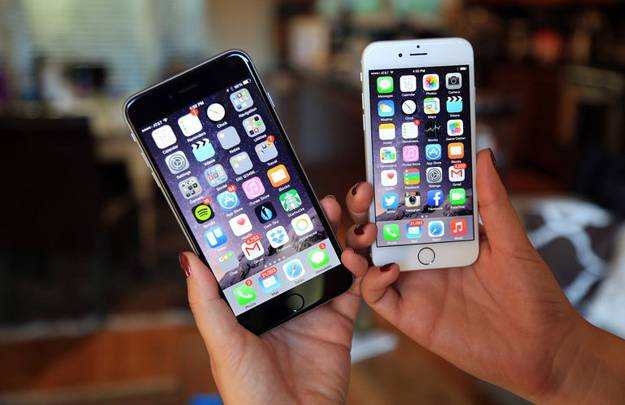 Samsung is dealing with a huge mess surrounding the Galaxy Note 7, as more and more reports have surfaced suggesting replacement units that are supposed to be safe keep exploding. Samsung’s widely publicized predicament has also drawn added attention to smartphone fires from other vendors — after all, these things happen all the time, just typically not with the frequency we’ve seen with the Note 7. Several iPhones have exploded in recent weeks as well though, including an iPhone 7, an iPhone 7 Plus and an iPhone 6 Plus. The issues aren’t comparable to Samsung’s troubles, but Apple is already investigating the matter, as a second iPhone 6 Plus has now caught fire.

MUST READ: Samsung stayed silent after ‘safe’ Galaxy Note 7 exploded and sent a man to the ER

iPhone owner Yvette Estrada says that her iPhone 6 Plus exploded in the middle of the night, spontaneously bursting into flames. “I heard a sizzling, then we heard the pop and the whole fire was coming out of the screen,” Estrada told ABC30 late last week.

The explosion started a small fire, and her husband acted quickly by throwing the phone into the sink. The firefighters arrived around 3:00 AM to discover “ash, debris, and a melted phone.” The phone got so hot that it damaged the dresser, a pair of glasses and two Apple Watch stands.

“What if this would have been underneath my pillow or if I was on the phone? My face would be burned,” she said. “Hopefully they can fix this, and they can compensate my new phone or do something for me because they have to do right.”

Apple said that it’s looking into both explosions — an iPhone 6 Plus caught fire while in a student’s back pocket during class last week.

The company offered Estrada a new stand for the Watch, a charger and a free replacement of the iPhone 6 Plus. An upgrade to the iPhone 7 was also offered, but she’d have to pay for it. Unfortunately Estrada had not been backing up her data, so she will not be able to recover pictures of her children or any other contents of the phone.