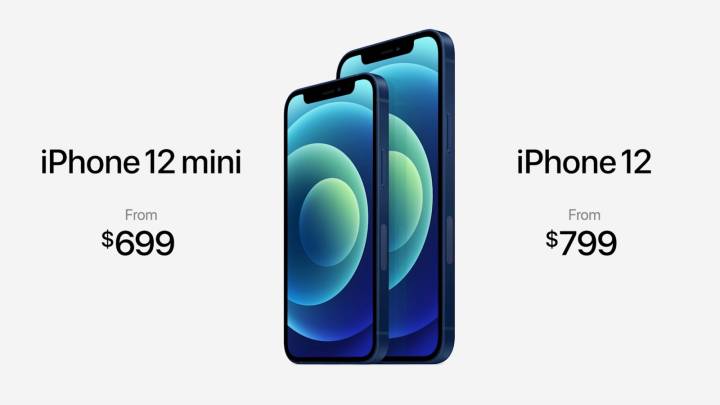 In 2019, Apple surprised the world by selling the iPhone 11 for $699. It was effectively a clever marketing trick, as the $999 iPhone 11 Pro was the actual flagship of the series, but Apple’s gambit paid off, and reports have suggested the iPhone 11 has been one of the best-selling phones in the world since it debuted.

Rather than stick with the winning formula in 2020, Apple decided to shift its strategy once again by launching four models of the iPhone 12, including a brand new iPhone 12 mini. Apple slapped the $699 price tag on the iPhone 12 mini and bumped the iPhone 12 up to $799, but unlike in 2019, the most affordable iPhone model didn’t come out on top. In fact, according to a report from Consumer Intelligence Research Partners (CIRP), iPhone 12 mini sales only represented 6% of the total iPhone sales in the weeks following the launch of the iPhone 12.

“The new iPhone [12] mini likely disappointed Apple with only 6% of sales in the period,” revealed Mike Levin, CIRP partner and co-founder. “It has most of the same features as the other iPhone 12 models, in a smaller form factor for $699. Its share was just above that of iPhone XR, launched in 2018 and now priced at $499, the one-year old iPhone 11, now selling for $599, and the 2nd generation iPhone SE, launched in April 2020 at $399. It seems that it’s higher price point compared to those three models limited the iPhone 12 mini appeal.”

While the iPhone 12 mini might not have had the impact Apple expected it to have, especially in a year when many people were watching their spending even more closely than usual, the rest of the series appears to have potentially surpassed expectations. CIRP claims that the four iPhone 12 models accounted for 76% of total iPhone sales shortly after launch — a notable jump over the 69% for iPhone 11 models in the same period last year.

Rewind to 2019, we see the results were much different. The iPhone 11 accounted for 39% of sales in the same four-week stretch of 2019, while the iPhone 11 Pro and 11 Pro Max combined for 30% of sales. It’s hard to know if this was a quirk of 2020, or if it had more to do with the sheer number of new models Apple launched.