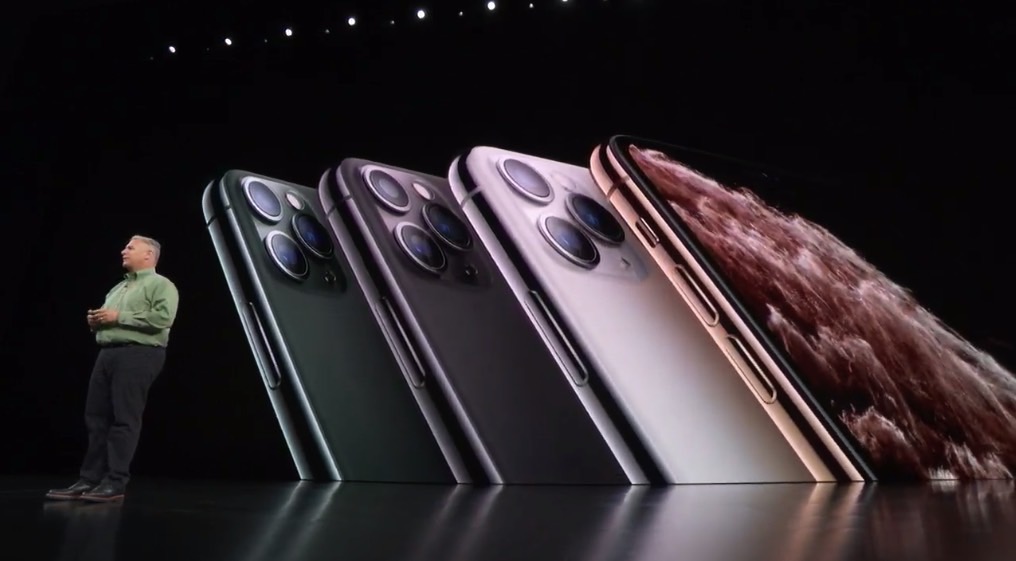 We’ve made it through services, the new iPad, the new Apple Watch, and the iPhone 11, but Apple’s biggest event of 2019 isn’t over yet. In fact, there are two additional iPhone models launching this year: iPhone 11 Pro and iPhone 11 Pro Max. As expected, both of the Pro models will feature triple-lens camera systems on the rear, but the display is getting a major upgrade as well, which Apple is calling Super Retina XDR.

Apple’s Super Retina XDR is an OLED display with a 2,000,000:1 contrast ratio, 458 pixels per inch, 1200 nits peak brightness, and support for both Dolby Vision and Dolby Atmos. The iPhone 11 Pro will have a 5.8-inch display, while the Pro Max will be equipped with a 6.5-inch screen. The phones will come in Midnight Green, Space Gray, Silver, and Gold color options. Both the green and the gold are new to the iPhone line.

Putting the external updates aside for a moment, the internal specifications are getting a major boost this year with the A13 Bionic. Apple’s latest CPU is capable of performing one trillion operations per second, the 7nm process has allowed for better performance with lower power consumption, and 4 efficiency CPU cores should keep the battery alive longer. Apple claims that the iPhone 11 Pro last four hours longer than the iPhone XS on a single charge, while the iPhone 11 Pro Max lasts five hours longer than the iPhone XS Max.

And perhaps most importantly of all, an 18W adapter is included in the box for fast charging.

Jumping back to the cameras, Apple has equipped the iPhone 11 Pro and Pro Max with a wide angle f/1.8 lens, a telephoto f/2.4 lens, and an ultrawide f/2.0 lens with 120-degree field of view capabilities. Apple is also introducing a new feature called Deep Fusion which uses machine learning to improve photos. Both the Pro and the Pro Max are capable of shooting video at 4K and 60 frames per second with video stabilization.