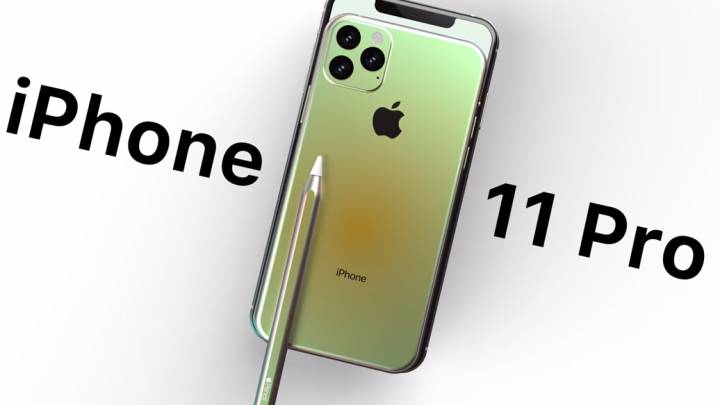 Apple is expected to hold its annual iPhone announcement event on September 10th, a date that was confirmed by a recent leak that came straight from the company’s iOS 13 beta software. But don’t expect Apple to have too many iPhone 11 secrets left for the keynote, as recent leaks have revealed plenty of details about the new iPhone series. The newest one comes from Bloomberg and it goes even further, sharing some key iPhone 11 features that hadn’t been detailed in earlier reports.

Apple has several new products coming up this year, including the three iPhone 11 phones, a new generation of iPads, the 16-inch MacBook Pro, as well as Apple Watch, AirPods, and HomePod updates. Any Apple fan keeping track of Apple rumors knows as much. But Bloomberg obtained even more details about Apple’s upcoming product lineup, revealing plenty of iPhone 11 details in the process.

The report reiterates that iPhone “Pro” models are coming this year, which what previous leaks revealed. Let’s revisit the purported naming scheme before we proceed, to make it clear which devices we’re talking about. iPhone 11 Pro Max, iPhone 11 Pro, and iPhone are the rumored successors of the iPhone XS Max, iPhone XS, and iPhone XR, respectively.

The signature feature of the new iPhones will be the camera, Bloomberg notes, with the Pro phones packing three sensors on the back compared to two lenses on the iPhone 11. The extra lens on the Pro models will capture ultra wide-angle photos and videos, allowing users to capture a larger field of view. And Bloomberg already knows how the camera system will work:

The sensors will capture three images simultaneously and use new artificial intelligence software to automatically correct the combined photo if, for example, a person is accidentally cut out of one of the shots. The new system will also take higher resolution pictures rivaling some traditional cameras. Photos taken in very low-light environments will improve, too.

The cameras will also have “significantly upgraded video recording capabilities,” which will get them closer to professional video cameras. Furthermore, software editing features will let users retouch, apply effects, alter colors, reframe, and crop the video as it’s recorded in real-time.

The cheaper iPhone 11 will only have two rear cameras, with the second one set to deliver optical zoom and Portrait Mode.

The A13 chip might help with all that processing that comes with photography-related features, featuring an extra chip that’s known internally as AMX or matrix. The co-processor will handle “math-heavy tasks,” including computer vision and augmented reality (AR).

The notch at the front of the phones will include a new multi-angle Face ID system that will capture a wider field of view so users can unlock it faster, even when the phone is lying on a flat surface.

One other exciting feature mentioned in the report is a new “shatter-resistance technology” that will help the iPhone 11 models survive accidental drops better than before. Water-resistance is also something Apple upgraded on the iPhone 11 series, with the devices supposedly able to survive underwater for more than 30 minutes.

Reverse wireless charging is included in the new iPhone 11 phones as well, a feature that was introduced by the Mate 20 Pro last year. Samsung’s flagships also have it, and iPhones are next. What that means is that you’ll be able to recharge compatible devices and phones wirelessly from the iPhone 11 models.

Unsurprisingly, the Pro models will pack OLED displays, while the iPhone 11 will have an LCD screen. None of them will have 3D Touch support, which is being replaced with the new Haptic Touch functionality introduced by the iPhone XR last year. And when it comes to colors, the Pro models will get at least a few new options, including matte finishes instead of glossy ones. The iPhone 11, meanwhile, is expected to come in a green version.

Finally, the report notes that 5G support isn’t in the cards until next year, with 2020 iPhones also said to feature rear-facing 3D cameras for improved augmented reality.