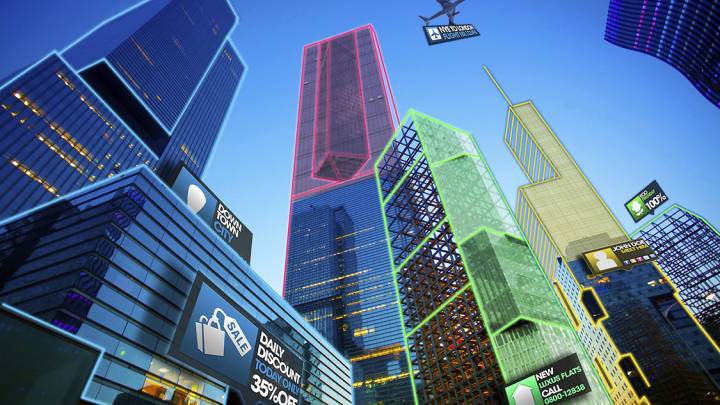 Apple in just a few hours will command the attention of the tech world when it introduces the highly anticipated iPhone X. With a brand new edgeless OLED display, the iPhone X will usher in the most significant design change to the iPhone form factor we’ve seen in years. In turn, many analysts believe that Apple’s next-gen iPhone will help anchor the biggest iPhone refresh cycle we’ve ever seen.

Alongside the iPhone X, Apple later today will also introduce new iPhone 8 models, a brand new Apple Watch with LTE, and last but not least, a revamped Apple TV with 4K streaming support. That’s all well and good, but hardware is only one part of the equation. On the software front, Apple later this month will release iOS 11 to the world. Packed with a number of intriguing new features, the most exciting aspect of iOS 11 is its support for ARKit, a suite of developer tools and frameworks that allows developers to create immersive, futuristic and downright mind-boggling augmented reality apps.

Ever since Apple released the first iOS 11 beta at WWDC, developers have been busy releasing a seemingly endless stream of demos which showcase the potential of augmented reality on the iPhone. And in stark contrast to Google’s Project Tango, the number of devices that will support ARKit-powered apps is extensive and includes the iPhone SE, all iPhone 6s and iPhone 7 models, the iPad Pro, and Apple’s more recent 9.7-inch iPad. Suffice it to say, once Apple unleashes iOS 11 to the world, tens of millions of iOS devices across the world will be able to enjoy incredibly creative augmented reality apps.

In case you happened to miss some of the more recent ARKit app demos that have made their way online, the following videos will undoubtedly have you counting down the days until iOS 11 officially drops.

The following video, from ModiFace, demonstrates how ARKit can be used to help users to visualize themselves with different types of hairstyles and colors.

Here we see how ARKit might change the way we interact with menus at restaurants. Rather than reading boring descriptions or staring at oversaturated or dimly lit photos, imagine seeing what food at a restaurant actually looks like before you order it, from all angles.

On the gaming front, we’ve seen quite a number of compelling demos in recent weeks. One of the more impressive efforts is a title called ARZombi.

If you’ve ever been to a concert, outdoor festival, or any public gathering for that matter, it’s no secret that trying to meet up with friends can often be an exercise in frustration. Imagine, though, using ARKit to quickly ascertain where your friends are located, no matter how many people may be blocking your field of view.

This one may not be as useful, but it’s still fun. If you’ve ever wanted to place GIFs into a real world environment, look no further.

Interested in buying a Tesla? Well this app will let you put a Tesla in your driveway and play around with different color options. Even better, you can even have your virtual Tesla go for a spin on your driveway.

And two more fun ones for good measure.