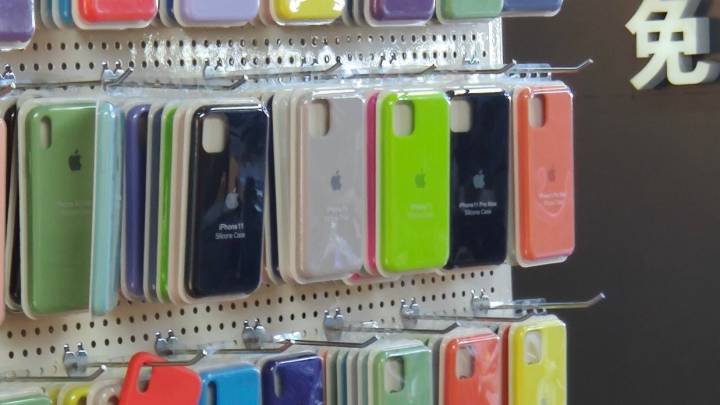 With August coming to a close, Apple should begin sending out invites for its September media event any day now. Just like last year, the leaks surrounding the next generation of iPhone models have begun to pick up as we’ve gotten closer to the official reveal, and we might have even seen the final designs (or something close to it) earlier this week. Now, the same source from that leak has returned with another photo that seems to confirm the suspected design of the 2019 iPhone, as well as the names that each of the new iPhone models will carry.

On Thursday morning, Twitter user Ben Geskin shared an unsourced photo taken in an unknown store where cases for the iPhone 11, iPhone 11 Pro, and iPhone 11 Pro Max are already on sale. As always, we’re going to take this leak with a grain of salt, but someone either knows more than we do or is confident enough in the many leaks that they are willing to sell cases with significantly larger camera cutouts, as the iPhone 11 line is expected to feature a rectangular triple-camera array that will make iPhone X and iPhone XS cases obsolete:

Geskin goes on to explain that these are not official cases, which was clear from the fact that they’re sitting out in the open weeks before Apple has even announced the phones they’re meant to cover. That said, if the new design is real, then it would make sense for Apple to shift the Apple logo further down on the case, as there won’t be as much room near the top. Even if these are ripoffs, they might be fairly accurate ripoffs.

Alone, this leak isn’t especially noteworthy, but it’s yet another clue on the pile of clues that have been stacking up in recent weeks suggesting that Apple’s new 2019 iPhone models will feature at least one major design change. It’s also another sign that Apple is indeed altering its naming scheme once again, as iPhone 11, 11 Pro, and 11 Pro Max have appeared in virtually every leak over the past several weeks.

UPDATE 8/29 | 2:55 PM: Another even sketchier case leak was posted on Twitter in the wee hours of the morning, and was just shared by Slashleaks this afternoon. It’s an even closer look at what appear to be similar silicone cases for the iPhone 11 Pro and iPhone 11 Pro Max, but it’s unclear where the photos originated from: