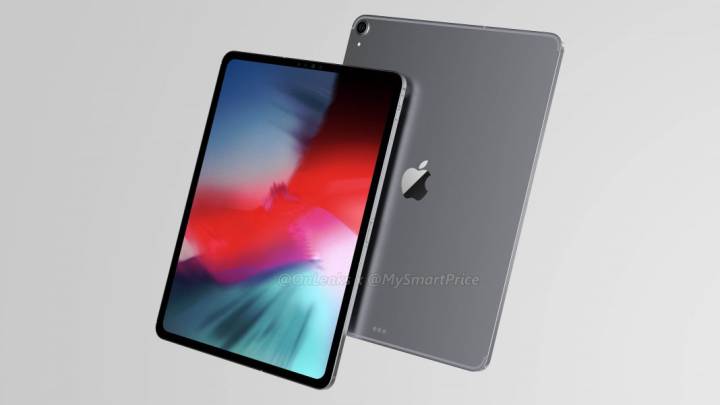 Just a few hours before Google unveils new hardware, including a Chromebook tablet that may run Windows 10 at some point down the road, the key features of the next-gen iPad Pro models were leaked. Apple is widely expected to launch two new tablets later this month, both part of the iPad Pro series, and we saw plenty of leaks in the past mentioning some of the same features.

But 9to5Mac offered additional details about the upcoming iPad Pro, as shared by sources familiar with the new products.

The iPad Pro is supposed to launch in two sizes, and both models will come in Wi-Fi-only and Cellular versions. The codenames for the Wi-Fi versions are iPad8,1, iPad8,2, iPad8,5, and iPad8,6, while the cellular models are named iPad8,3, iPad8,4 and iPad8,7, and iPad8,8.

All the new iPad Pros will ship with an iPhone X-like all screen design but without the notch. The 2018 iPad Pros will have thin bezels that will be wide enough to accommodate the Face ID camera. And that means there’s not going to be a home button on either model.

The image signal processor found on 2018 iPhones will also power the Face ID camera of the new iPads, but the iPad Pro will support Face ID unlocks both in landscape and portrait. Setting up Face ID will still require portrait orientation. 9to5Mac says it’s unclear whether landscape authentication requires special Face ID hardware, or if it could be enabled on the iPhone XS via a software update.

One other novel feature for the iPad Pro is going to be USB-C support. The report notes that 2018 iPad Pro will be able to output 4K HDR video to external displays thanks to the new port. A new panel in the Settings app will control aspects related to screen sharing, including resolution, brightness, HDR, and others.

A magnetic connector on the back, meanwhile, will make possible connections to new accessories, including a new Smart Keyboard.

Finally, the iPad Pro will get a brand new Apple Pencil, which will connect to the tablet just like AirPods an HomePod do, by proximity. Switching between devices should be easier, as it won’t require connecting the Apple Pencil to the charging port.

It’s unclear from the report whether the USB-C port will replace the Lightning connector or join it. If it’s replacing Apple’s proprietary port, then USB-C will also handle charging. And the new Apple Pencil would probably charge via USB-C as well, but I’m just speculating here.