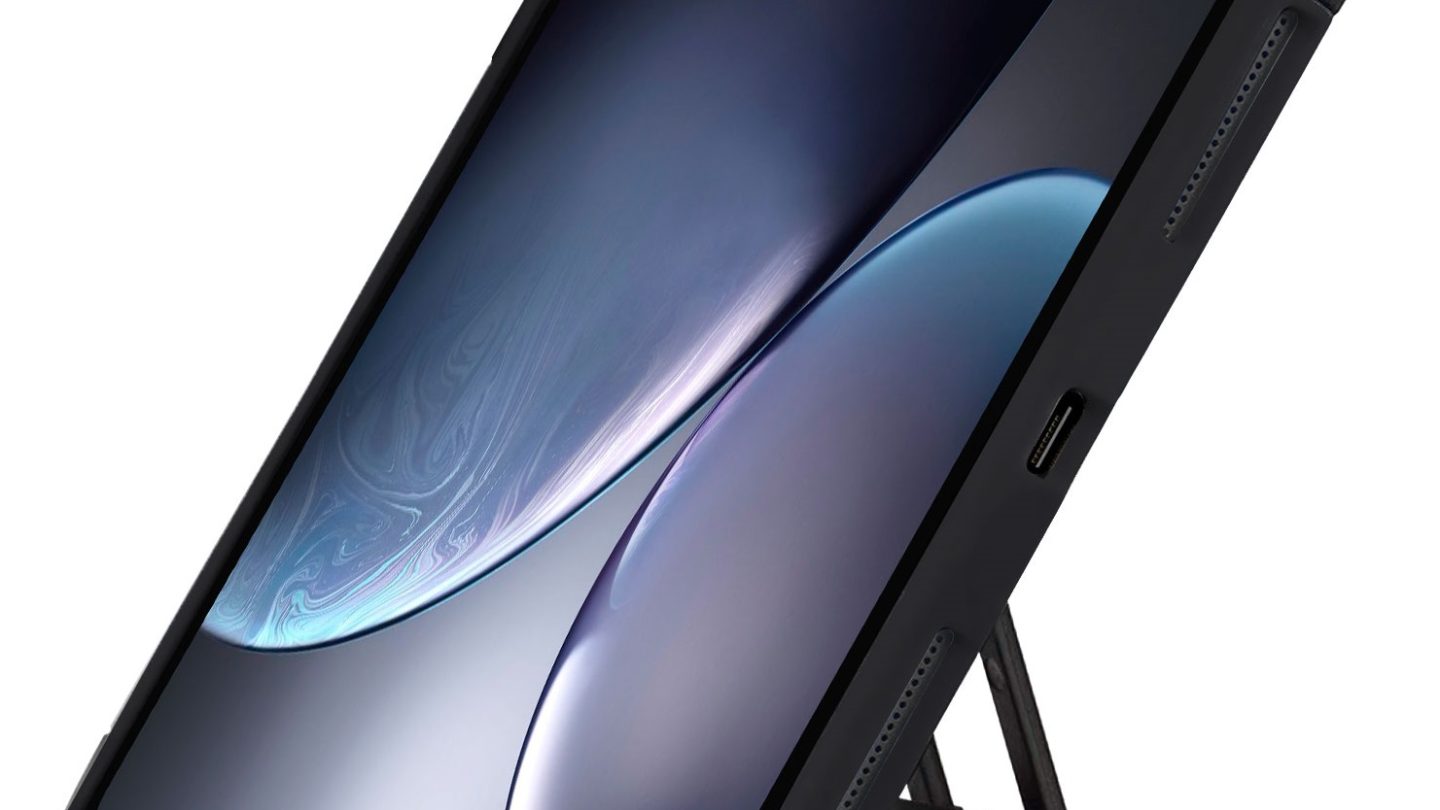 Apple is expected to debut its latest iPad Pro model at a special event in Brooklyn on Tuesday, but a new leak from case maker Olixar may confirm the two most drastic changes of the updated device. UK retailer Mobile Fun shared a new set of 2018 iPad Pro renders on Monday from Olixar which showcase a USB-C charging and data port where the Lightning port used to be, and an all-screen display that eliminates the iPad’s bezels.

These two design changes have been hinted at repeatedly in recent weeks from a variety of sources, but the renders offer us our best look yet at exactly what we should expect the new iPad to look like. Notably, in addition to shaving off the bezels, Apple also appears to have gotten rid of the Home button once and for all.

Here’s the full, high resolution render of the 2018 iPad Pro, provided to Mobile Fun by leak-prone case maker Olixar. In all likelihood, this is what will take center stage at Apple’s upcoming event on Tuesday:

These renders come just hours after an iPad Pro icon was discovered in the iOS code by 9to5Mac. The icon similarly features a nearly bezel-less display and no home button, though it doesn’t offer any information about which charging port that the new tablet will employ. But at this point, considering how completely all of Apple’s recent products have leaked ahead of time, it would be genuinely surprising if these reports didn’t come to fruition.

Beyond a new iPad Pro model, we also expect to see a spiritual successor to the MacBook Air, updates to Mac desktops, and the first new Mac mini since 2014. Apple might also use this opportunity to show off new AirPods and finally announce a release date for the AirPower, but we aren’t holding our breath.