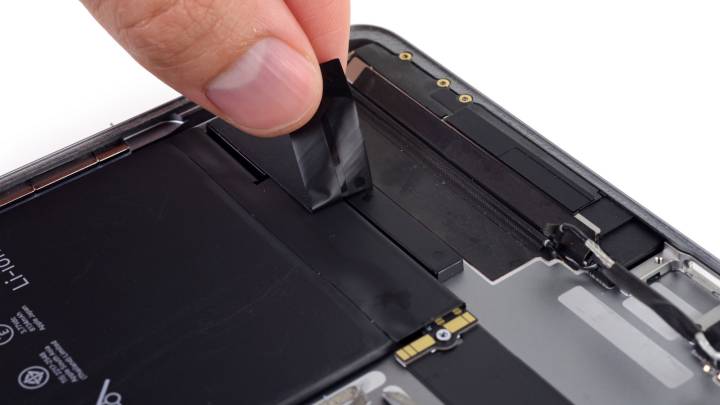 iFixit did the honors this time, tearing apart Apple’s latest to see the specs and check out the repairability. Inside, it’s exactly what we’ve come to expect, which is a good and bad thing.

The new iPad is laid out inside much like the 12.9″ iPad Pro. That might not seem like much of a departure, but it means that Apple took the time to rework the internals, at least compared to the 9.7″ iPad Pro it’s replacing.

Perhaps the best piece of news from the teardown is the increased battery size. Thanks to the shrunken bezels, the 10.5″ iPad Pro isn’t really any bigger than the 9.7″ model. But The battery has managed to grow by about 10%, which should eke out at least an extra hour of life on its own. Add the improvements from software and the new A10X processor, and this has a shot at being the longest-lasting tablet Apple’s ever made.

The good news stops there, unfortunately. The new iPad Pro is just as impossible to repair as all the other versions. iFixit lists all the issues in a list that will make your heart sink if you just shattered the screen: