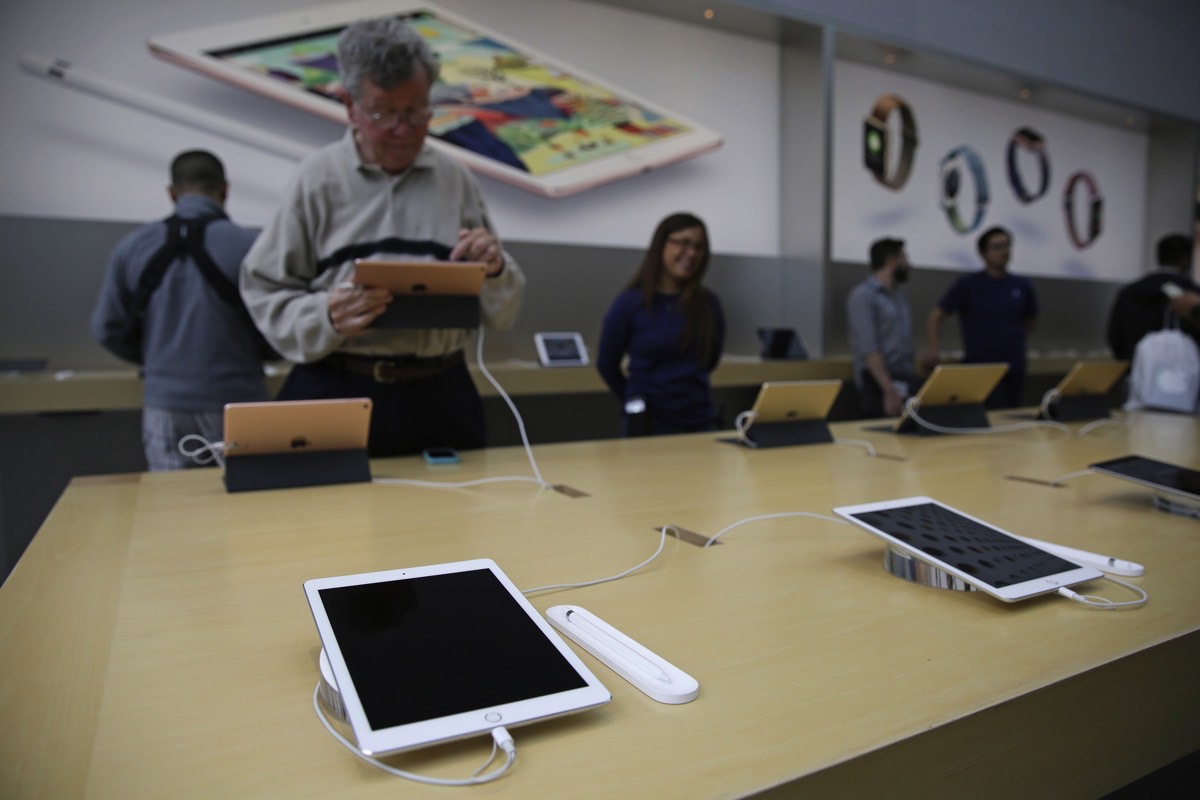 The iPad isn’t as hot as it used to be, but Apple is far from being ready to throw in the towel. Tim Cook is still a very big fan of the iPad and tablets are still money makers for Apple. After weeks of speculation, Apple on Tuesday unveiled several new products, but the list included just one new iPad model, not four as previous rumors alleged. But the brand new iPad comes in a form factor that many have grown to love: It’s the same 9.7-inch device as the old iPad Air 2, but it’s priced lower than it has ever been before.

Starting at $329, the new iPad packs a 9.7-inch Retina display, 64-bit A9 chip, 8-megapixel FaceTime HD camera, 1.2-megapixel front-facing camera, and Touch ID fingerprint sensor. The tablet runs iOS 10 out of the box, promises 10 hours of battery life per charge, and weighs just 1 pound. That’s $70 cheaper than the iPad Air 2’s starting price, a product that has now been discontinued.

The new iPads are available to order at this link, and the full press release follows below.

CUPERTINO, California — March 21, 2017 — Apple® today updated its most popular-sized iPad®, featuring a brighter 9.7-inch Retina® display and best-in-class performance at its most affordable price ever, starting at $329 (US). Designed for unmatched portability and ease of use, along with incredible performance and all-day battery life, iPad is the world’s most popular tablet and the primary computing device for millions of customers around the world. Through the more than 1.3 million apps designed specifically for iPad, customers can do even more, from learning to code with Swift Playgrounds™ and reading books on the large screen to boosting productivity through Microsoft Office and using multitasking features like Split Screen.

“iPad is the world’s most popular tablet. Customers love the large, 9.7-inch display for everything from watching TV and movies, to surfing the web, making FaceTime calls, and enjoying photos, and now it is even more affordable,” said Philip Schiller, Apple’s senior vice president of Worldwide Marketing. “New customers and anyone looking to upgrade will love this new iPad for use at home, in school, and for work, with its gorgeous Retina display, our powerful A9 chip, and access to the more than 1.3 million apps designed specifically for it.”

iPad features a beautifully bright Retina display with over 3.1 million pixels for stunning pictures and videos, and is enclosed in a sturdy yet thin aluminum unibody enclosure weighing just one pound for great portability and durability. The Apple-designed A9 chip with 64‑bit desktop-class architecture delivers fast processing and graphics performance for apps and games, while maintaining the same all-day battery life1 customers have come to expect from iPad.

The front- and back-facing cameras offer exceptional low-light performance and HD video recording, making it fun and easy to FaceTime® with friends and family and capture unforgettable memories using the large Retina display as a viewfinder. Ultrafast wireless means connecting with iPad is quick and easy, and support for LTE cellular bands worldwide helps customers stay connected when traveling.2 Apple SIM makes it even easier to connect to wireless data plans right from your device when traveling in more than 140 countries and regions.

Touch ID® gives iPad users a simple and secure way to unlock iPad, keep personal information private within apps and approve purchases from the App Store®, iTunes Store® and iBooks Store℠. With Apple Pay®3 on iPad, paying for physical goods and services within apps or on a website in Safari® has never been easier.

iPad comes with iOS 10, which brings more expressive and animated ways to communicate in Messages, new ways to use Siri® with your favorite apps, beautifully redesigned Maps, Photos, Apple Music® and News, and the new Home app, which lets you simply and securely set up, manage and control your home all in one place. Multitasking features including Slide Over, Split View and Picture-in-Picture help you do even more.

Apple revolutionized personal technology with the introduction of the Macintosh in 1984. Today, Apple leads the world in innovation with iPhone, iPad, Mac, Apple Watch and . Apple’s four software platforms — iOS, macOS, watchOS and tvOS — provide seamless experiences across all Apple devices and empower people with breakthrough services including the App Store, Apple Music, Apple Pay and iCloud. Apple’s more than 100,000 employees are dedicated to making the best products on earth, and to leaving the world better than we found it.