iOS 9.3.4 now available to download on iPhone and iPad

Just days after the release of the latest iOS 10 beta, Apple has returned with a fresh update for iOS 9 in the form of iOS 9.3.4. No major features appear to have been added, but if you want your iPhone or iPad to remain as secure as possible, you should probably get around to installing the update at your earliest convenience. 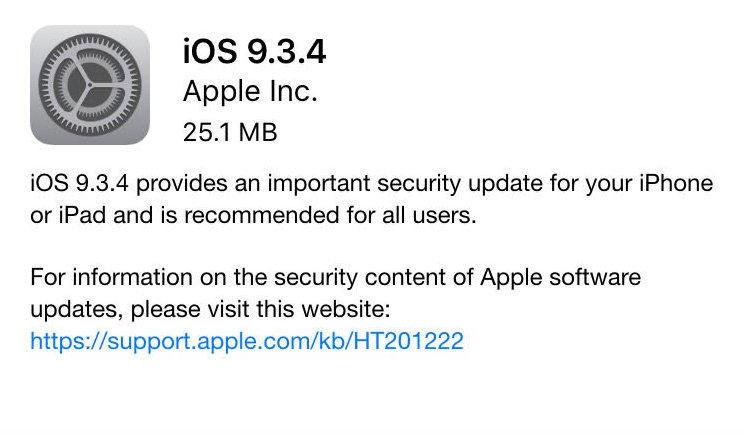 In order to download and install the latest version of iOS 9, either head to Settings > General > Software Update on your iOS device, or plug the device into your computer, at which point iTunes will alert you that an update is available.