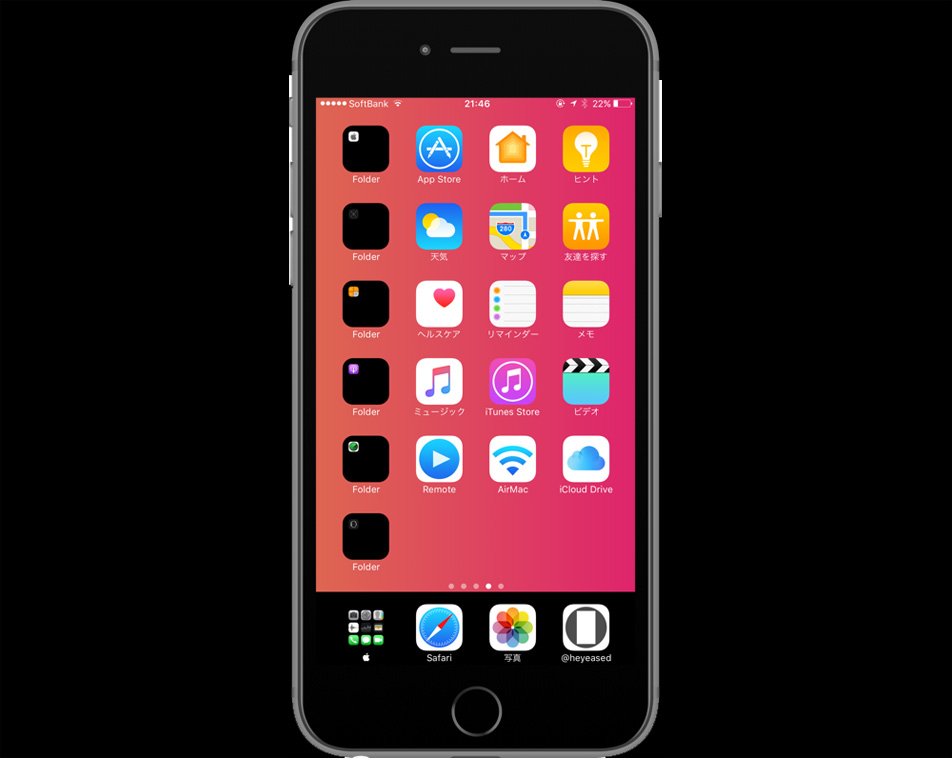 Apple’s new iPhone 7 and iPhone 7 Plus have been out for just over a month, and millions upon millions of people across the country have now purchased them. If you live in a big city like New York, it seems like everyone around you has a new iPhone 7. Or, if they don’t have an iPhone 7, they have an older iPhone model. In other words, hundreds or even thousands of people all around you at any given time might have the exact same phone as you.

You don’t want to look exactly like everyone else, do you? Of course not, but separating your iPhone from the pack can be difficult. A good smartphone case is one way to do it, and we just told you about one of our favorite new iPhone 7 cases (it costs just $9 and it’s so incredibly thin it feels like it’s not even there). Today, we’ve got another new trick to share and we promise that if you give it a shot, your iPhone won’t look like anyone else’s around you.

We have shared a number of nifty iPhone glitches with you in the past that have been discovered by a Twitter user named “heyeased.” He regularly creates special custom wallpapers that, for one reason or another, cause nifty glitches that give the iPhone’s user interface a different look.

On a new page on his website, heyeased has posted 52 different iPhone wallpapers that cause a very cool new effect when you apply them on your iPhone. The iPhone’s dock and folder backgrounds are typically a semi-transparent gray color, but applying any of these new wallpapers to an iPhone running iOS 10 or iOS 10.1 (beta) will cause those backgrounds to turn black. Check out the photo at the top of this post for an example.

To apply this cool trick on your iPhone, visit this page on heyeased’s website. You’ll see tiny boxes with different colors running down the center of the page — just tap and hold on any colors you like, and then save the image to your phone. Any boxes you see with two colors will actually create a beautiful gradient effect where one color gradually fades into the other.

Then just go to your Photos app or to Settings > Wallpaper > Choose new wallpaper, and set whichever image you like as your new wallpaper. Note that in order to make this work, you’ll have to disable the “Reduce Transparency” option if you have it enabled. Go to Settings > General > Accessibility > Increase Contrast and toggle “Reduce Transparency” to off.

Tweet
Google Pixel review roundup: The most polarizing phone of 2016