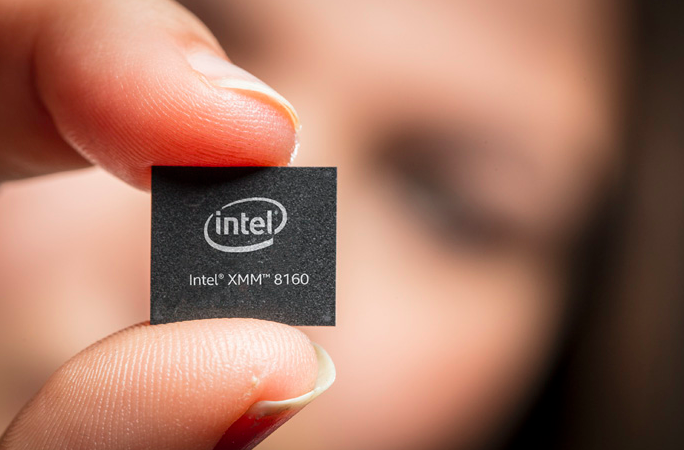 Intel has decided to accelerate the timetable for the launch and deployment of its new XMM 8160 5G modem, which the company says it’s going to make available to manufacturers six months earlier than planned. They’ll get the modem sometime in the second half of next year, according to an announcement today, with the modem expected to provide 5G connectivity to phones, PCs and broadband access gateways sometime in the first half of 2020.

Among the benefits Intel says the new chip brings are power, size and scalability in a package that’s smaller than a U.S. penny. The modem will also support the new standard for 5G New Radio standalone and non-standalone modes as well as 4G, 3G and 2G legacy radios in a single chipset. “The Intel XMM 8160 5G modem will enable device manufacturers to design smaller and more power-efficient devices,” the company explained in today’s announcement. “This can be achieved without the added complexity, power management and form factor adjustments of two separate modems for 5G and legacy connectivity, as will be introduced in early competing 5G modems.”

The announcement goes on to note the modem offers advanced technology needed to support new millimeter wave spectrum as well as sub 6 GHz 5G NR support, including FDD and TDD bands from 600 MHz to 6 GHz. The modem will also support peak speeds up to 6 gigabits per second, making it three to six times faster than the latest LTE modems available today.

Intel in September revealed that its technology will be used by Nokia and Ericsson in the first series of 5G deployments globally, according to ZDNet. At the end of September, Intel also announced a series of new 5G developments in China alongside manufacturers like Huawei, ZTE, Tencent and China Mobile, among others.

As The Verge notes in a piece about today’s news, meanwhile, Intel’s modem won’t exactly be standing alone. At least 18 other major companies, from Samsung to Nokia, Sony, Xiaomi, HTC and more are all working with Qualcomm and its Snapdragon X50 5G NR modems, and Samsung and Huawei are both working on versions of their own 5G modems.

“The interesting outlier here, though, is Apple,” that piece continues. “The company recently switched to using Intel modems exclusively for its 2018 iPhone XS and XR phones (specifically, Intel’s XMM 7560 modem). And Apple is reportedly planning on sticking with Intel’s chips for whenever it does make the jump the 5G. That is said to be with its 2020 iPhone models, which would make sense if Intel releases the modem to hardware partners in late 2019.”