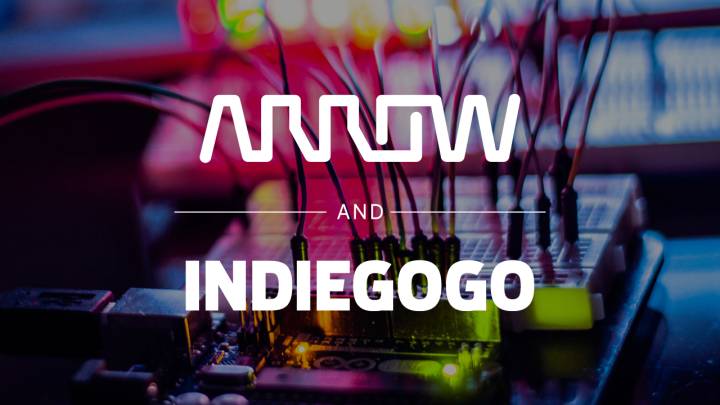 Indiegogo is the lesser-known cousin of Kickstarter, and it has something of a bad reputation for harboring particularly unrealistic crowdfunding campaigns (Lazer Razor, anyone?).

To try to give people more confidence in some campaigns, Indiegogo has partnered with Arrow Electronics, a design and production firm. As reported by TechCrunch, Indiegogo campaigns will get access to expertise to help with the manufacturing and prototyping, and get an official stamp of approval from Indiegogo to help lure in backers.

The partnership with Arrow would be hugely beneficial for any budding crowdfunder: the company will reportedly offer “design tools, prototyping services, manufacturing support, supply chain management assistance and engineering experts.”

Those are exactly the kinds of problems that crowdfunding campaigns run into. Even if the science behind an idea is solid, there’s a big difference between making a one-0ff prototype, and doing a run of tens of thousands on units in a far-off country while remaining under budget.

A number of big-name projects have run into problems in the design and manufacturing phase recently. A Kickstarter campaign for a palm-sized drone ended with an investigation into what went wrong, while this project for a cooler ended up asking for handouts from backers, just to be able to pay for production.

Kickstarter has traditionally had a better reputation for hardware projects, since it has one requirement for campaigns to have a working prototype before trying to raise funds. Indiegogo also attracts more scammers due to its ‘Flexible Funding’ option: while on Kickstarter, campaigns need to meet their funding goal in order to get the money, Indiegogo will let campaigns take whatever cash they raise, even if it’s clearly not enough to go into production.

I’m hopeful that Indiegogo’s offer of logistical help will make crowdfunding better in the long run. It’s a win-win for everyone: all sorts of fantastic ideas surface as crowdfunding campaigns these days, but without some expert assistance, they’re more likely to crash, burn, and embezzle.