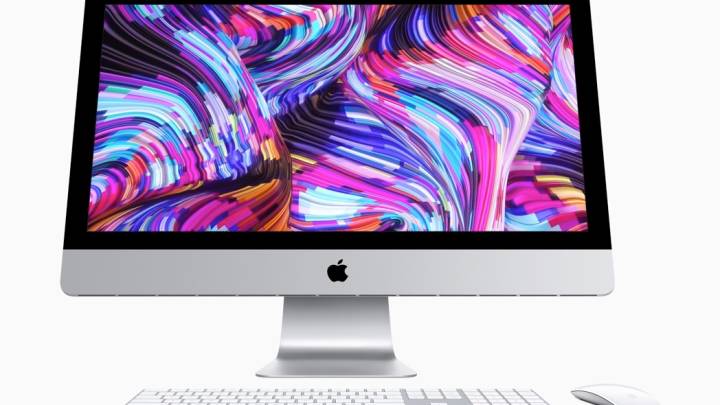 Apple later this year plans to introduce an affordable 23-inch iMac along with a more budget-friendly 11-inch iPad, according to a new report from the China Times. While we’ve heard rumblings that a cheaper iMac was in the works, this is the first time we’ve seen a reference to an iMac with a 23-inch display.

As it stands now, the entry-level iMac comes with either a 21.5-inch or 27-inch display. If the rumored 23-inch iMac actually comes to market, it will likely be positioned as a replacement for the 21.5-inch iMac. After all, there’s not much logic behind selling a 21.5-inch iMac and a 23-inch iMac. With that said, it’s entirely possible that Apple’s new iMac will boast the same form factor as the current 21.5-inch iMac, albeit with a bigger display thanks to thinner bezels.

The new iMac will reportedly enter production sometime in the third quarter of this year, presumably ahead of planned launch date sometime in September or October.

As it stands now, the cheapest iPad Apple currently sells boasts a 10.2-inch display and sells for $329. We can’t imagine the new iPad being priced below that, so it’s possible we might see a more affordable version of the 10.5-inch iPad Air.

The report adds that the new iPad will boast a mini-LED display. If this sounds familiar, you may recall a report from last month claiming that Apple over the next 24 months is aiming to release six new products with mini-LED displays. As to the benefits of mini-LED displays, the technology allows for thinner and lighter displays. Additionally, the display technology also offers up improved picture quality due to high contrast, local dimming, and wide color gamut performance.

Interestingly, the report notes that Apple this year doesn’t want to solely focus on high-end devices. On the contrary, the company wants to roll out affordable versions of many of its more popular devices. Most recently, Apple last week launched a brand new iPhone SE that sells for just $399. And if we gloss over the fact that the new iPhone SE has a bigger display than the original, the new iPhone SE offers an unprecedented amount of bang for the buck.

While the coronavirus has brought many worldwide economies to a standstill, it seems clear that Apple has no plans to take its foot off the gas when it comes to product launches. Of course, the biggest product Apple has in the pipeline is the brand new iPhone 12. The iPhone 12 release date, however, remains up in the air. Some reports have indicated the iPhone 12 will arrive in September while others have suggested we might not see the iPhone 12 until October or November.