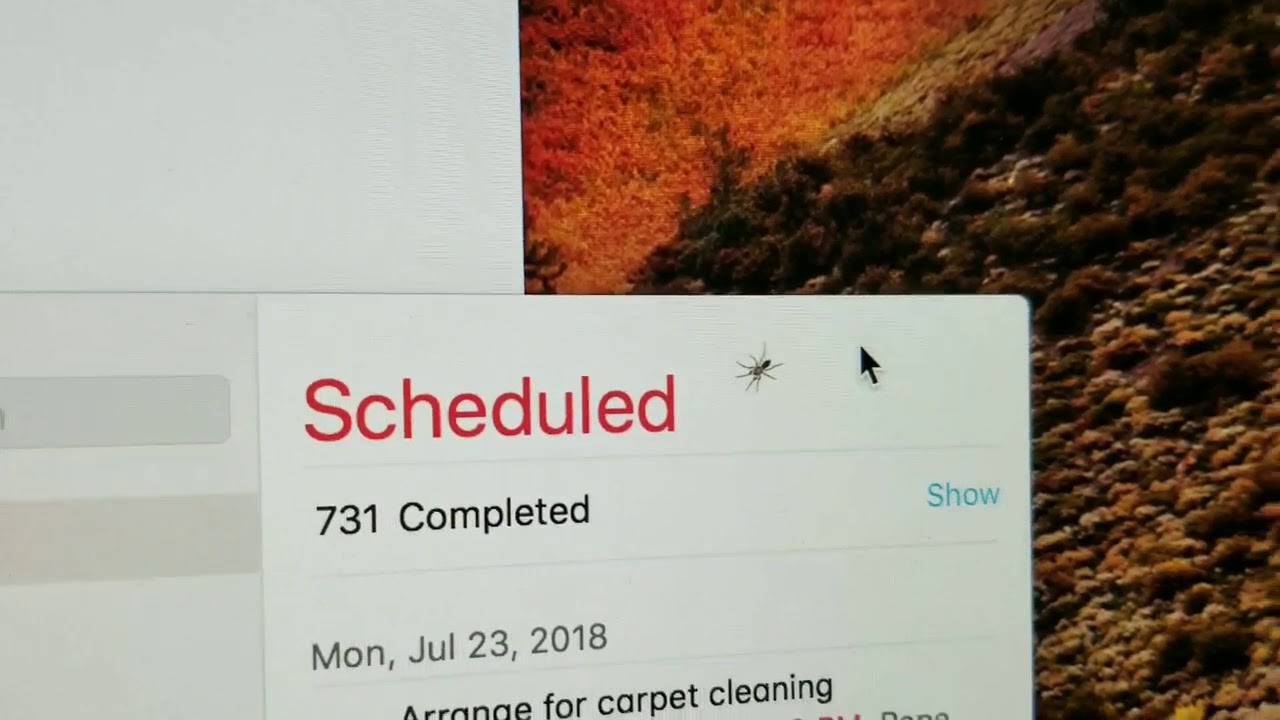 One of the best-known pieces of early computing lore is the origin of a “bug.” A team working at Harvard in the 1940s found a moth stuck in between two relay points, causing a problem with the computational tasks. It’s always cited as the first example of a computing “bug,” although as Computer World pointed out, using the term “bug” to describe a problem in a system dates all the way back to Thomas Edison and the 19th century.

These days, most of the times that we’re talking about Apple and bugs, it’s because we’re running the latest iOS beta, or perhaps because someone found a critical security bug in macOS. But this video of an iMac with a tiny spider crawling around inside the screen takes it back to the original definition.

While I’ve seen plenty of tiny insects (normally mites) inside a computer screen, normally irritatingly dead over a particularly central pixel, I can’t recall ever seeing a live spider crawling around between the glass front and the LCD display panel. Those aren’t always bonded together, so in theory a particularly skinny insect could find its way between the panel and the screen, provided that there’s a gap between the two.

My big question — beyond the obvious how-did-that-get-in-there — is what the Apple Store would do to fix it if you showed up. I don’t know that there’s a particular service code for “insect stuck under screen,” but hopefully they’ll be able to do something. Of course, as soon as you transport the iMac all the way to the Genius Bar, the critter would probably find a way to vanish and leave you wondering whether you’ve finally cracked or not.