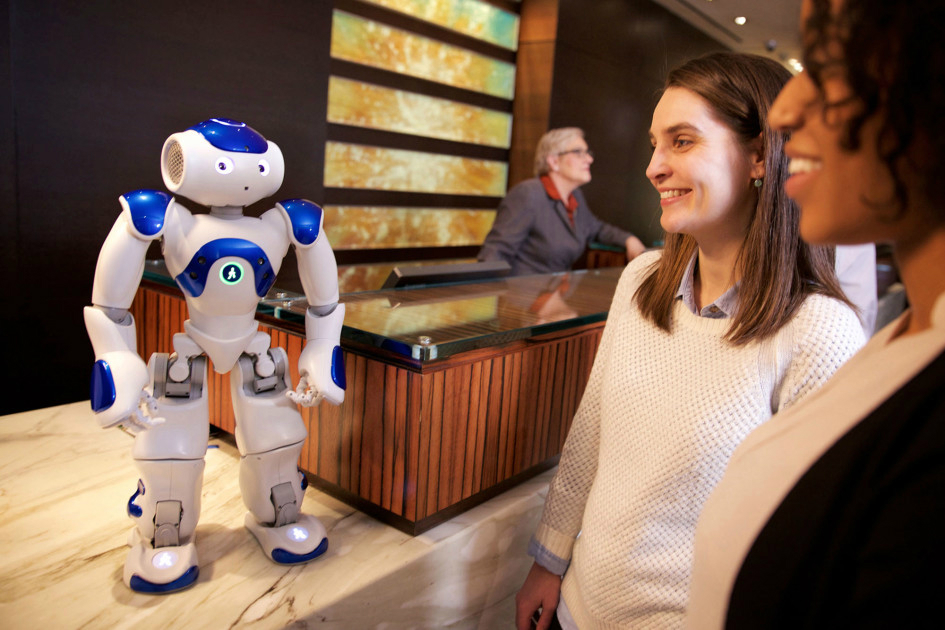 Remember Watson? It’s the artificially intelligent computer from IBM that can beat Jeopardy champions and is used in cancer-related research. Well, it turns out the computer is smart enough to also man the concierge station at a Hilton Hotels, where a tiny robot will give guests directions and make recommendations to improve their stays.

Called Connie in honor of founder Conrad Hilton, the robot was recently placed near the reception at the Hilton in McLean, Va. It is just 23-inch tall, but don’t let appearances fool you: Connie is able to answer questions about the hotels’ amenities and make recommendations for local restaurants and attractions, The New York Post reports.

However, the robot isn’t able to conduct complex conversations at this point. The service may be powered by IBM’s Watson, but it’s also delivered by a company that will push advertising via Connie.

The service is called WayBlazer, and it’s supposed to be “the world’s first cognitive travel recommendation engine.” According to the company, Connie will “dynamically merchandises recommendations” to boost “traveler engagement” and “conversion rates.”

Meanwhile, IBM appears to be thrilled by the opportunity of having Watson play the concierge role at Hilton Hotels. “It allows us to really serve people and understand what they’re looking for, sense their emotion, sense their level of urgency,” IBM’s David Kenny said in a video.

It’s not known whether similar robots will be stationed at more Hilton Hotels in the future, but one thing’s clear: AI is getting plenty of attention these days. AlphaGo beat a top human player at GO for the second time in as many days, while an AI-powered robot tells you what restaurant to check out in McLean.

A video about Connie follows below.