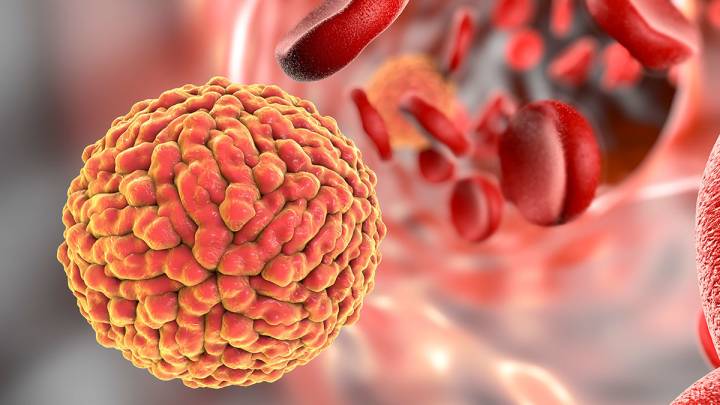 IBM isn’t just a computer company anymore. The IBM Research arm partnered up with the Institute of Bioengineering and Nanotechnology (IBN) in Singapore to create a chemical macromolecule that acts as a “magic bullet” capable of killing all sorts of viral infections. The substance could be used in the future to stave off a wide range of diseases, including Ebola, Zika, herpes, influenza and other viral threats.

This new chemical may be used to create medications that target virus cells and stop them from reproducing. The compound can seemingly also kill viruses on contact when used in soaps and other cleaning products.

“It’s almost a daunting task to design any kind of therapeutic for a virus,” James Hedrick, one of the lead researchers, told FastCompany. That’s because these viruses are varied and they constantly mutate. But IBM and IBN worked on creating a chemical that targets the one thing that doesn’t change when a virus mutates.

“We began to think, how can we move forward and kind of attack the virus in a very different way,” Hedrick said. “Instead of going after its RNA or DNA, we looked at the glycoproteins that surround…the virus.”

The macromolecule can attach to the substances on the exterior of the virus. That way, it blocks the virus from hooking onto a cell in the body and prevents infection. The macromolecule also has receptors that can bind to immune cells such as macrophages, blocking the spot where a virus would attach itself. That’s another way it fights viral infections.

Finally, if the virus somehow bypasses the first two hurdles, the macromolecule has one more trick up its sleeve: it’s basic rather than acidic. That means it can neutralize the acidity in a human cell, diminishing a virus’s ability to replicate.

“If you went to, say, Southeast Asia where dengue runs amok…you could basically get a temporary kind of vaccine,” Hedrick said about the medicine, which can be used both to prevent infection and to cure existing illnesses.

Soap based on the macromolecule might be released soon, while a true antiviral might take up to five years to develop.

IBM’s role is pretty obvious. The macromolecule was designed using a computer, and it was tested successfully in lab tests against Ebola, dengue, Marburg, influenza, chikungunya, Enterovirus 71 and herpes simplex, representing all major viruses. Zika is next, and Hedrick is optimistic that the macromolecule will beat it since Zika is similar to a form of dengue.

IBM computers were able to create a model of the molecule that would attach to all types of viruses, which is the essential component of this promising new treatment.